Sometimes, especially now, writers will discuss genre-bending music as if it’s a new thing. It’s not.

First off, great music is timeless isn’t it? The best artists have always had the sense of what came before them.

Mark Mackay’s music embodies that tradition; wielding a guitar that fuels his sound that can be measured with a

Mark’s music links to the renowned acts who teetered the line between rock and country but were also full of soul: Neil Young, Poco, Jackson Browne, and on and on.

StompBox Holiday Singer/Songwriter, Spencer Thornton (Snake Farmers, Melrose Hillbillies), an Athens, GA native living in Los Angeles describes his music as a “four-chord, five-piece, foot-stompin’ mash-up of Alt Roots Blues meets Hillbilly-Americana Folk Rock with a Southern Accent.”
Spencer met Vanilla "Shake" Neulan (The Deadbeats, Arthur J. And the Gold Cups) in 2013 when they were recruited as band-mates for an eclectic Los Feliz, CA Hipster/Lounge music act, The Dick and Jane Family Orchestra. It didn't take long before the Southern-fried American Rocker and the Hollywood Post-Punk Percussionist decided they should create a project that would sate their own musical appetites.
StompBox Holiday was hatched on June 9th, 2014 when Spencer (Lead vocals/Acoustic Guitar) and Vanilla (Vocals/Washboard) played a 4-song mini-set of originals at The Dresden Room with journeyman guitar-slinger and longtime friend, Glenn Dakake (Slide Guitar/Dobro). Those who weren’t passed out at the bar or futzing with their smart phones seemed to enjoy it.
Weeks later Spencer & Vanilla ran into Tommy Blatnik, bass player from one of his fav 80's Americana Rock bands, The Rave-Ups. They conned Tommy and his Rave-Ups drummer, Timothy Jimenez into a “friendly little jam session” one night… that actually lasted for an entire year and 15 Gigs in local LA music venues.
In 2017 StompBox Holiday retooled with drummer, Bill Beemer, guitarist, Paul Kleiman and bassist, "Mando" Vasquez. That line-up is responsible for the LIVE from Echo Park, California recordings captured by Indie Producer/Musician, Marc Doten and Mixed by Vince Colavitti and released in November 2021 on Geza X Records.
In late 2019, Spencer drafted his lead guitar player, Barry Kolsky and bass player, Gio Sanserino from his other original roots-Rock band, Snake Farmers to join him, Vanilla and Bill in the current lineup.
Since the COVID-19 mayhem started in early 2020, they’ve all kept close to home but managed to create a pretty cool music video with Director, Dug Moore for the 1st single, Dead Man's Shoes on their current EP "LIVE from Echo Park” and are grateful as hell to be  getting back out in the fray and playing music in front of live bodies again. Fingers Crossed.
www.StompBoxHoliday.com
https://www.instagram.com/spencertee2stompboxholiday/
https://www.facebook.com/StompBoxHoliday 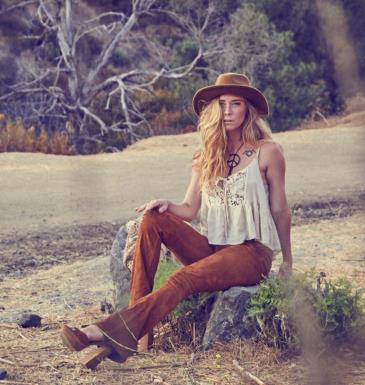