Like the troubadours of old, Steve Northeast has travelled the world singing his songs that tell tales of life – what he sees around him and  what he’s experienced himself.
In true 'make it here, make it anywhere' fashion, Australian born singer/songwriter Steve Northeast relocated to New York City in 2002. Honing his craft and pursuing musical stardom in NYC venues, where he first gained prominence with the release of his debut album Inside.
Steve Northeast writes more than just lyrics to melodies, he writes stories about the real world and real life that everyone and anyone can  relate to.
www.stevenortheast.com
https://www.instagram.com/steve_northeast/
Rob Mayes

Rob Mayes is an actor and country artist best known for portraying John in the Sundance cult-classic John Dies at the End with Paul Giamatti and directed by horror legend Don Coscarelli.  Other films include A Soldier’s Revenge with Val Kilmer for which Mayes won Best Actor at the 2020 Wildbunch Film Festival, Burning Blue, Different Flowers, and Warner Brothers' Deep Blue Sea sequel.  He is also known for playing Uncle Marc on ABC's Mistresses, and for playing Derek on Lifetime's The Client List with Jennifer Love Hewitt, as well as being a proud staple in Lifetime's holiday movies, two of which with Marie Osmond.  Other television credits include Frequency, Legends, Finding Carter, Jane By Design, 90210, and others.  Mayes stars alongside Miranda Lambert, Billy Bob Thornton, and Dennis Quaid in iHeart’s hit country podcast series Make It Up as We Go.  He recently wrapped filming on Civil War-era western The Desperate Riders with Trace Adkins, and upcoming country music movie Neon Highway opposite Beau Bridges, featuring country superstar Lee Brice and hit songwriter Dallas Davidson.

Singer, songwriter, and producer, Mark Diamond is a Seattle native who grew up listening to Tom Petty, The Beatles, R.E.M. Hootie & The Blowfish, and Robbie Wililams with his father in his 1969 Chevy Malibu.  Achieving over 120 million streams with his first independent album, Diamond caught the attention of major labels, quit his job at a coffee shop, and has been writing and performing music full-time.  After two EP projects on a major label, Mark returned to being an independent DIY artist and will be releasing his much anticipated second full length album. 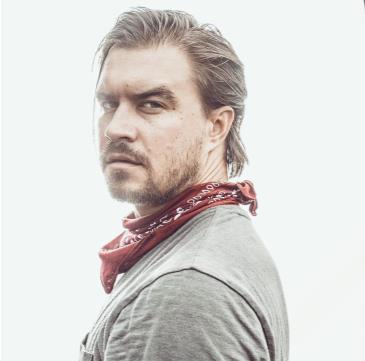