*Mask Mandate - Everyone is required to wear a mask. Guests are allowed to remove masks in order to take a drink of beverage.*

Mike Love is a musician devoted to revolution through sound. Born in O’ahu, Hawai’i to a family of musicians, Mike has used music as a conversation for as long as he can remember. He comes from a unique convergence of influences, all bound by their ambition to inspire positive change in the world. Love releases his music independently on his own Love Not War Records label, and his sound, while rooted in the spirituality and message-based music of roots reggae, fuses a variety of influences including progressive and classic rock, soul, blues, flamenco, jazz, classical, and more.

Love started playing guitar at the age of 15, and soon after began performing live. Furthering his talents as a composer/lyricist and arranger, he then fronted the 10-piece band Dubkonscious, entering into his first studio experience as producer on the band's album At the Foot of the Mountain.

He then started to hone what has now become an internationally recognized, power-packed, one-man-band style show, using looping, multiple instruments and an array of different vocal techniques and musical styles to create a full and powerful sound that belies the fact that he is on stage alone . His solo performances have since taken him to some of the largest stages in the world.

December 2012 saw the release of Love’s first solo album, critically acclaimed The Change I'm Seeking. The album features his hit track Permanent Holiday, which went viral on YouTube and currently has close to 30 million views [2021], expanding his fan base to the furthest corners of the globe.

With the release of his second album Love Will Find a Way and follow-up companion album Love Overflowing, Love solidified the bond with his fans, exhibiting the evolution they have come to expect from his music. He has performed in the US, South and Central America, Canada, Europe, East Asia, Australia and New Zealand, both solo and with his band The Full Circle, sharing songs of wisdom and the desire to instill positive change.

Love is currently working on his highly anticipated fourth album, with singles set to release some time in 2021.

Ask her where she comes from and she’ll tell you “All directions.” It’s an apt description of a singer who defies boundaries; culturally, musically and spiritually. The Nattali Rize debut album “Rebel Frequency” hit the streets in March 2017 to high acclaim, impacting worldwide charts & hearts! Known for their epic, high energy, thought provoking and uplifting live performances, with a heavy global tour schedule, the new international band (Australia/Jamaica) delivers a raw energy and vibe, channeling a deep reggae influence in a New Era Style. But this is more than genre labels. The music, message & intention transcends. Get ready to be moved!

"Our intention with our music is to ignite that memory in ourselves of our individual and collective power to live life to the fullest and recognise our selves and each other as evolving beings of light. A reality of Full Freedom is a possibility on this earth and in these times. We use music infused with this intention to resonate at a higher frequency than what is being permeated across current world culture. As such, our frequency in this paradigm is a rebel … Rebel Music, Rebel Frequencies we deal with!” - Nattali Rize. 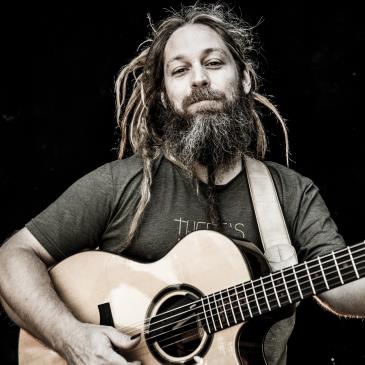