The Melvins were formed in Montesano, Washington in 1983 by Buzz Osborne, Matt Lukin and Mike Dillard. Lukin and Dillard left the band and drummer Dale Crover stepped in shortly thereafter. Osborne and Crover have been the Melvins' mainstays throughout their 30 + year metamorphosis.

To date the band has released 30 original albums, numerous live full-lengths and far too many to count singles and rarities. They've partnered with Jello Biafra, Lustmord and Fantômas for individual releases and toured the world many times over. In fact, the band had the misfortune to be in both Christchurch and Tokyo for their 2011 earthquakes.

The Melvins are a continually shifting entity. Their current incarnation is the trio of Osborne, Crover, and Steven McDonald (Redd Kross/OFF!) but line-ups vary with a four-piece including Jeff Pinkus (Butthole Surfers) also becoming a mainstay of recent years. Previous line-ups include a pairing of Osborne and Crover with Big Business band members Jared Warren and Coady Willis, as well as Melvins Lite, which pairs Osborne and Crover with Mr. Bungle alum Trevor Dunn. Sometimes, if you’re extra lucky, one incarnation of the Melvins open for the Melvins. 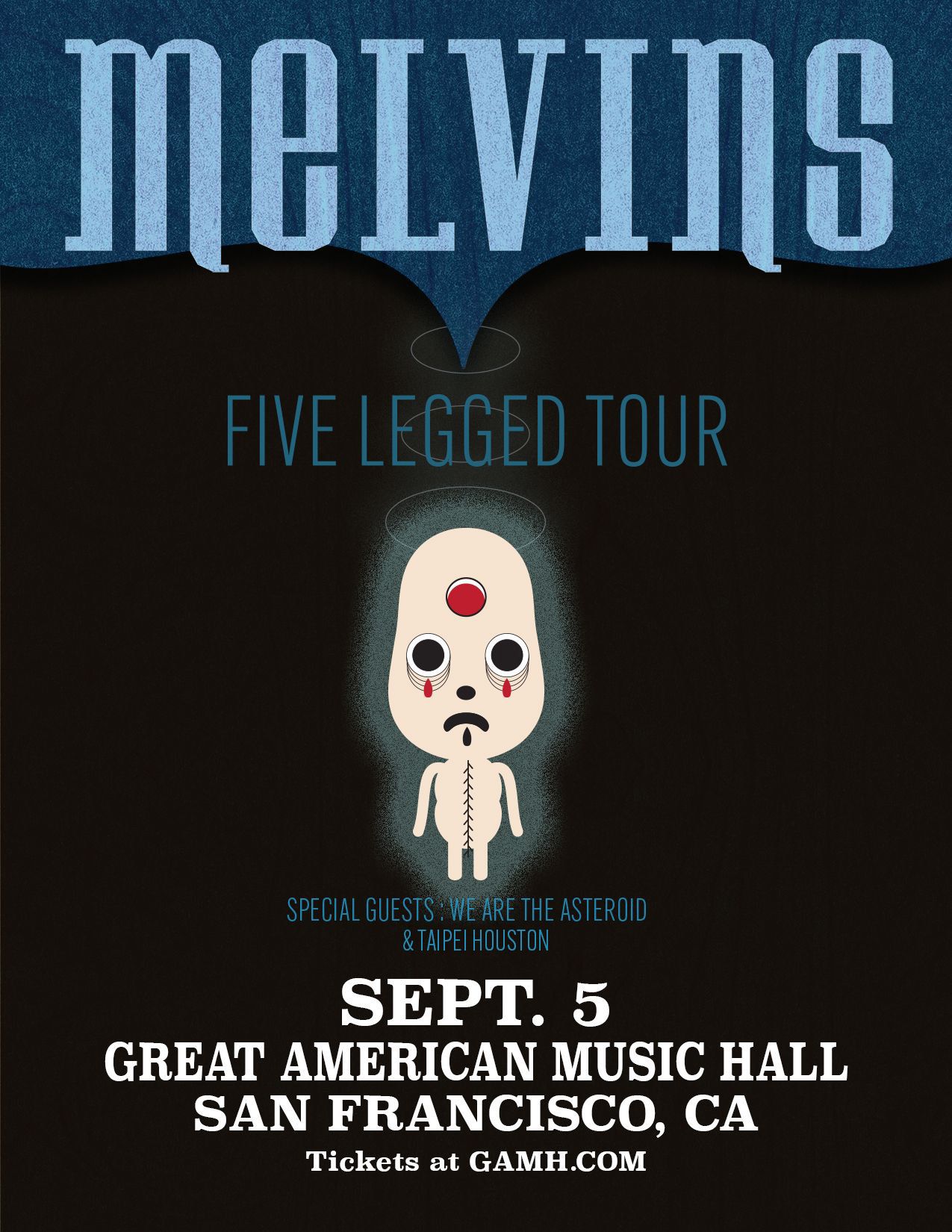 We Are The Asteroid / Taipei Houston