Undisputed masters of murderous riffs, pugnacious grooves and ferocious hooks since 1991,Machine Head are long established as one of the most influential and incendiary bands in metal.

From genre-expanding triumphs like 1994’s debut, Burn My Eyes, 1999’s The Burning Red to theplanet-conquering might of 2007’s The Blackening, to the new life injected in 2014’s Bloodstoneand Diamonds, Machine Head have carved a singular path across the globe for over three decadesnow with no end in sight. Whether it be marathon 3-hour live performances, or millions of albumssold worldwide, and accolades both big and small, there aren’t too many ‘distractions’ clouding upthe vision of guitarist/vocalist/founder Robb Flynn these days.

In 2022, Machine Head are back with their most crushing and complete album yet. ØF KINGDØMAND CRØWN is an hour-long conceptual monolith, rich in colour and dynamics but hell-bent ondestruction. Set in a futuristic wasteland where the sky is always crimson red, ØF KINGDØM ANDCRØWN tells the tale of two characters, both faced with incalculable trauma, whose storiesbecome bloodily entwined as this deep, dark record progresses.

“The album and concept was loosely inspired by the Japanese anime series Attack On Titan,” saysRobb, “in the sense that in that series, there is no “good” or “bad” guy... both sides believe they’redoing the right thing, but both are committing atrocities and evil.”

Album opener, “SLAUGHTER THE MARTYR,” sets the tone for not only the record, but the auraland psychological exploration the listener is about to embark on. From the first dissonant note, itscertain this is not only fresh canvas spelled out with lead vocalist Robb Flynn and bassist JaredMacEachern's soaring vocal harmonies, but its intent is as furious as anything the band has evercome up with. This track also begins the journey of our protagonists.

Further exploration of the damaged psyche blasts forth on “CHØKE ØN THE ASHES ØF YØURHATE,” a searing back and forth dose of Thrash Metal that could only come from the roots of theBay Area. Unrelenting in its attack, the breakneck pace only solidifies this as one of manystandouts on ØF KINGDØM AND CRØWN.

From the adrenaline rush of exorcising their inner demons to the innate feeling of solitude and regretcomes “UNHALLØWED.” A dramatic introspective of questioning one’s motives and the falloutwhen the debts our expended emotions come to collect. Hopeless, lost, and isolated, protagonist#2 begins the transformation from victim to victimizer over the melodic chaos courtesy of guitaristVogg Kiełtyka. Radicalized, paranoid, and armed with a dead-end stare, the mental onslaughtignites with the song, “KILL THY ENEMIES.” The whiplash inducing thoughts pair up nicely withsome of the thickest grooves on the album.

The album ends with arguably the finest song Machine Head have ever written: “ARRØWS INWØRDS FRØM THE SKY”, the grandiose but emotionally visceral climax to the finest and most ferocious album of the band's 30 year career.

All shows are 18+ unless otherwise specified

Venue configuration is standing room only unless specifically stated otherwise

Information regarding reserved seating/VIP options will be provided at the time of purchase • any questions can be directed to venue@eastsidebowl.com or guests can inquire in person at the box office

All ticket sales are final • No refunds • In the event of a canceled show, refunds will be available through the point of purchase 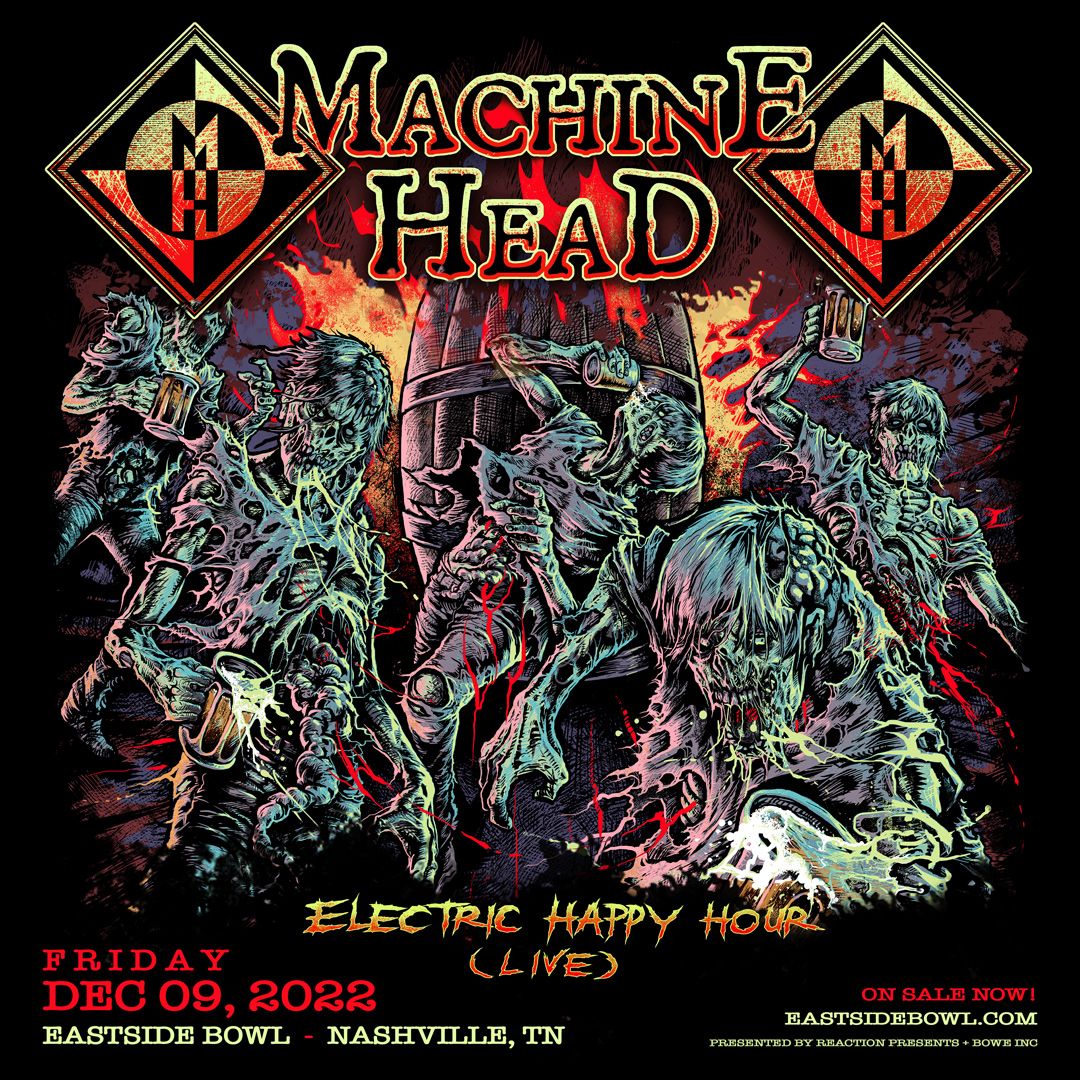