At the request of artist management, Saturn will be enforcing the policy below for this event:

Masks covering both one’s nose and mouth are encouraged at all times, except when actively eating or drinking. We appreciate your compliance with these requirements and can’t wait to see y’all soon!

Lucy Dacus is a musician, performer, storyteller, and widely regarded as “one of the best songwriters of her generation” (Rolling Stone). She has released three full-length albums under her name: 2016’s No Burden, 2018’s Historian, and 2021’s Home Video, as well as the boygenius album in 2018 with her bandmates Phoebe Bridgers and Julien Baker. Home Video was named a top 10 album of 2021 by NPR Music, SPIN, USA Today, Rolling Stone, The New York Times, and many more, leading to performances on The Tonight Show Starring Jimmy Fallon, The Late Show with Stephen Colbert, Jimmy Kimmel Live!, CBS This Morning, and Late Night with Seth Meyers. Additionally, Dacus made her Austin City Limits TV debut in 2020.

A collaboration between multi-instrumentalists Sam Huntington and Madel Rafter, Philadelphia duo Crooks & Nannies’ signature blend of brash, confessional indie rock functions on extremes. Alternating between painfully tender and jarringly obtuse, the childhood friends fashion themes of growth, loss and transformation into off-kilter pop songs that whirr with the unpredictability of a failing engine. Synthetic, hook laden choruses fizzle into sparse folk arrangements — Huntington mutters drop-pitched affirmations as Rafter’s playful yet serrated vocal delivery pours through the arrangements like rubbing alcohol. It might heal you, but it’s going to sting. 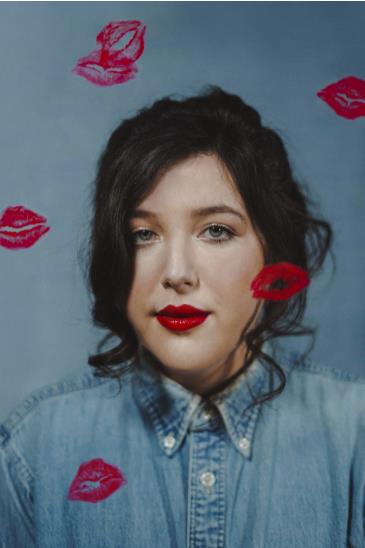