Please note this performance is requiring all fans to provide proof of vaccination OR negative COVID-19 test within 72 hours of the event for entry.

Local H, the iconic alt-rock duo known for their blistering live shows and pioneering the two-piece band set-up, is at the top of their game more than two decades after they first burst onto the music scene. Frontman Scott Lucas, who covers both guitar and bass (through an extra pick up in his guitar), and drummer Ryan Harding have enjoyed a resurgence in recent years, buoyed by global touring along with the release of some of their most critically acclaimed work to date.

Local H’s first major release was 1995’s Ham Fisted, but it was their follow up album As GoodAs Dead that positioned the band as one of the elites in what was a groundbreaking decade for rock music. With multiple radio hits on the album, “Bound For The Floor” emerged as a generational anthem and remains a staple on playlists around the country over two decades later.Their widely praised 1998 concept album Pack Up the Cats, produced by the legendary RoyThomas Baker, solidified Local H as a leader in the genre and the albums that followed were reflective of not only the band’s definitive character, but as well their relentless effort to give their audience as much of themselves as possible. While recipients of numerous accolades over the years, Local H has always kept the focus on their fans, which can be seen by the awe inspiring and often times daunting tour schedule the band has kept up year after year.

The last three years have seen a multitude of releases from the band in various forms. In 2015, Local H celebrated the 25th anniversary of their first show and released a career-spanning coffee table book, “Local H: Twenty-Five Years of Skin In The Game”. That same year they releasedHey, Killer, their eighth full length studio album, to near unanimous acclaim. In 2016 the band celebrated the 20th anniversary of the release of As Good As Dead with a successful three month national headline tour (partnered with their first live Blu-Ray DVD, “Straight Outta Zion”, shot at the Metro in Chicago during a weekend of sold out shows).

- - - - - -6 TICKET LIMIT PER CUSTOMER. YOUR NAME, CREDIT CARD, ADDRESS, AND EMAIL ADDRESS WILL BE VERIFIED. SEE TICKETS AND VALLEY BAR RESERVE THE RIGHT TO CANCEL ANY ORDERS IN EXCESS OF THE STATED TICKET LIMIT.ANY TICKETS SUSPECTED OF BEING PURCHASED FOR THE SOLE PURPOSE OF RESELLING CAN BE CANCELLED AT THE DISCRETION OF VALLEY BAR / SEE TICKETS.- - - - - -Support acts are subject to change. No refunds. 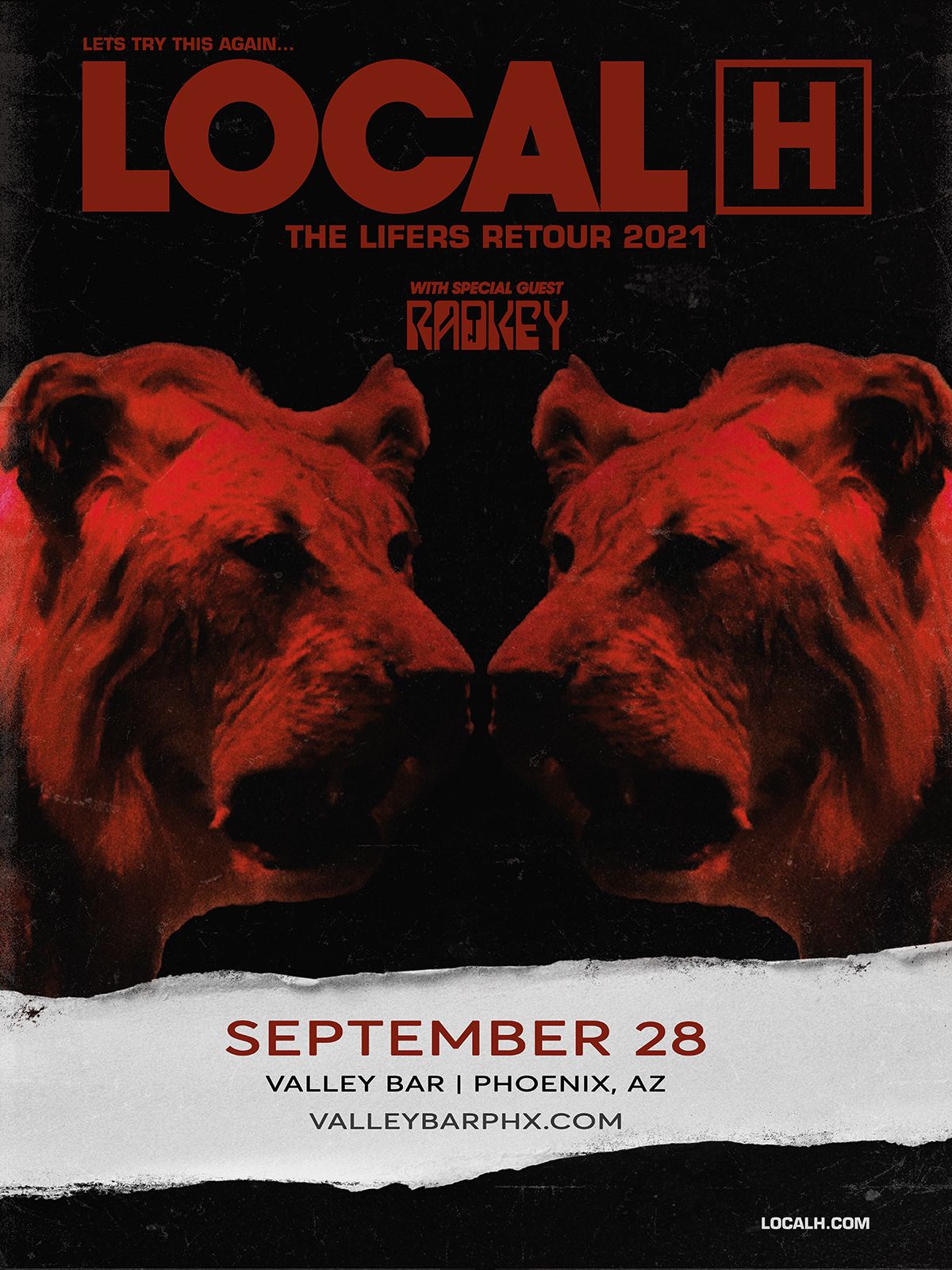