From Mitcham, England, artist Geshie’s ferociously independent approach to her music has given the singer songwriter an ingenious coolness that shines through in her captivating vocals and unvarnished music. Having developed her sound in the suburbs of Cypress, Texas; Her various influences from Amy Winehouse, Billie Holiday to Etta James gave her the singular vision as to how pain can transmuted into something beautiful as music. Geshie has caught the ears of a community of music lovers with her authentic storytelling and raw beautiful voice. This multifaceted creative upbringing mixed with Geshie’s natural desire to travel created an artist who is definitely one to watch out for.

The Painted Birds have been playing genre blending, high energy, original music by guitarist/sampler, Jacob Wolff, since 2018. Inspired by the jazz-rock groups from the late 60s and early 70s, the group attempts to uncover and bring new life to a sub-genre in jazz that is often very overlooked. The band explores themes resulting in high energy, sonic interplay such as spirituality (through music) and the cosmos while also touching on more "earthly" concepts like human interaction with technology (shown through our heavy interplay with gadgets like drum machines, samplers, synthesizers, etc...), Climate change, and social injustice resulting in songs like "End of the World Blues" and "Time Sign". We strive to bring innovation into the future while looking towards the past and present for our inspiration. 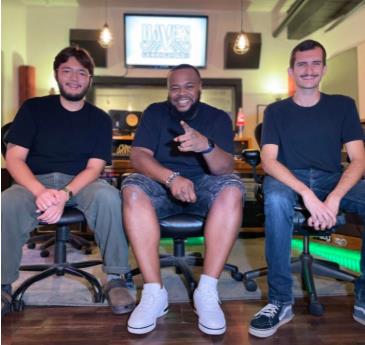