With his band, Socrates’ Trial, Jeff Pifher has released three studio recordings since 2018: Socrates’ Trial (2018), Alternate Futures/Past Realities (2019), and Anthem (2019). Live at Bluewhale was released in the spring of 2020. Pifher’s original compositions were inspired by the sounds of both classical and jazz legends as well as his desire to transform rhythms into melodies that tell a story. The influence of rock, pop, and even classical sounds on band members, combined with jazz roots as reflected in extended improvisations result in an expressive yet cohesive playing style that makes for a memorable and entertaining audience experience. Members of Socrates’ Trial have performed with: Jacob Collier, Charlie Puth, Chris Bullock (Snarky Puppy), Bob Mintzer, and played on NBC’s “The Voice”.

https://www.instagram.com/rhythmm_aka_dr.funk_epkins/
https://www.facebook.com/FUNKLIGHTLOVE/
https://soundcloud.com/mindbodysoulftdrfunk
Xella
Xella is an alternative RnB band from Los Angeles, CA. Starting out as longtime jam buddies they finally formed Xella in summer 2019. Influenced by their mutual love for music from pop and rock to hip hop and soul they infused their laid back vibe in their soulful melodies with lyrics that reflect their own life lessons and experiences. Known for their band mantra "music for your mind, body, and soul," the music will truly speak for itself. Xella band members are Michelle Villegas (lead vocals), Wynette Manacsa (guitar/backup vocals), Tiffany Perez (drums), and Andru Bautista (guitar). Their third single "Sugar" just released this June.
https://linktr.ee/Xellala

SlapBak is an eclectic band with influences ranging from James Brown, Cameo, Sly Stone, and Rage Against the Machine. Our primary genre is Funk. SlapBak was signed to Warner Brothers during the 90s.
Our founding member, Jara Harris, needs no introduction, but we’ll give you one anyway... He has previously worked with Earth, Wind and Fire, Cameo, Bootsy, Collins, George Clinton, Jordin Sparks, and Michael Buble.
Jara has also toured with Snoop Dogg, Fishbone, and Digital Underground. REAL 92.3 radio station quoted SlapBak as the “New Keeper of Funk.” They are on the precipice of storming the music scene, and hopefully, YOU can be there to watch it in the flesh! 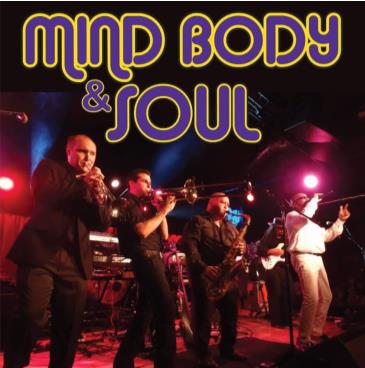