"Carving Canyons" is aboutlooking within while dealing with the uncertainty of the future—finding hope inpersonal and worldly adversity, no matter what the forecast might say. Inspiredby her incredible intergenerational female friend group and the nature thatsurrounded her, Lissie traveled to Nashville and co-wrote much of the albumwith a majority of female-identifying songwriters—including Bre Kennedy, MadiDiaz, Morgan Nagler, Natalie Hemby, Kate York, and Sarah Buxton—who alsocontribute additional vocals throughout the album. 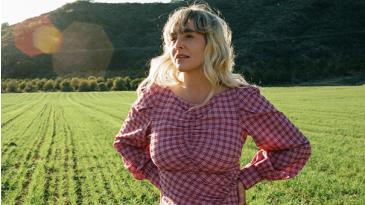 Show Map
View 32 Front St. in a larger map
We use cookies to provide you with the best experience possible. By using See Tickets, you accept our cookie policy.
Accept
ftr1:0