We regrettably announce that Lil Tecca has canceled his September 9 performance in VT. Refunds for credit purchases will be issued automatically. Refunds for cash purchases are available at the HG box office. Apologies for any inconvenience—we’re all incredibly bummed as well.

The OFFICIAL TICKET EXCHANGE for Lil Tecca at Higher Ground is open.

>> RETURN tickets if you cannot attend

>> SEND tickets to another fan, friend or family member

Due to health issues, the Lil Tecca performance scheduled for May 23 has been postponed to September 9. All previously issued tickets will be honored at the September 9 show. Thanks for your patience and understanding. Apologies for any inconvenience.

Posting up over 3.5 billion streams and claiming multiple platinum certifications, Lil Tecca has quietly cemented himself as one of rap’s most vital rising superstars. In 2020, his full-length debut album, Virgo World, bowed in the Top 10 of the Billboard Top 200 and yielded two Hot 100 entries—namely “Dolly” with Lil Uzi Vert and “When You Down” feat. Lil Durk with Polo G. Thus far, the record has clocked over 300 million streams and counting. HotNewHipHop praised it as “a great starting point for the 18-year-old.” Tecca first exploded with his platinum-certified mixtape, We Love You Tecca, and his breakout 6x platinum single “Ransom” in 2019. He reeled in acclaim from New York Times, Billboard, HYPEBEAST, Complex, and many others in addition to selling out shows on his first headline run, the We Love You Tecca World Tour. He launches into his next chapter with the 2021 single “Never Left.” 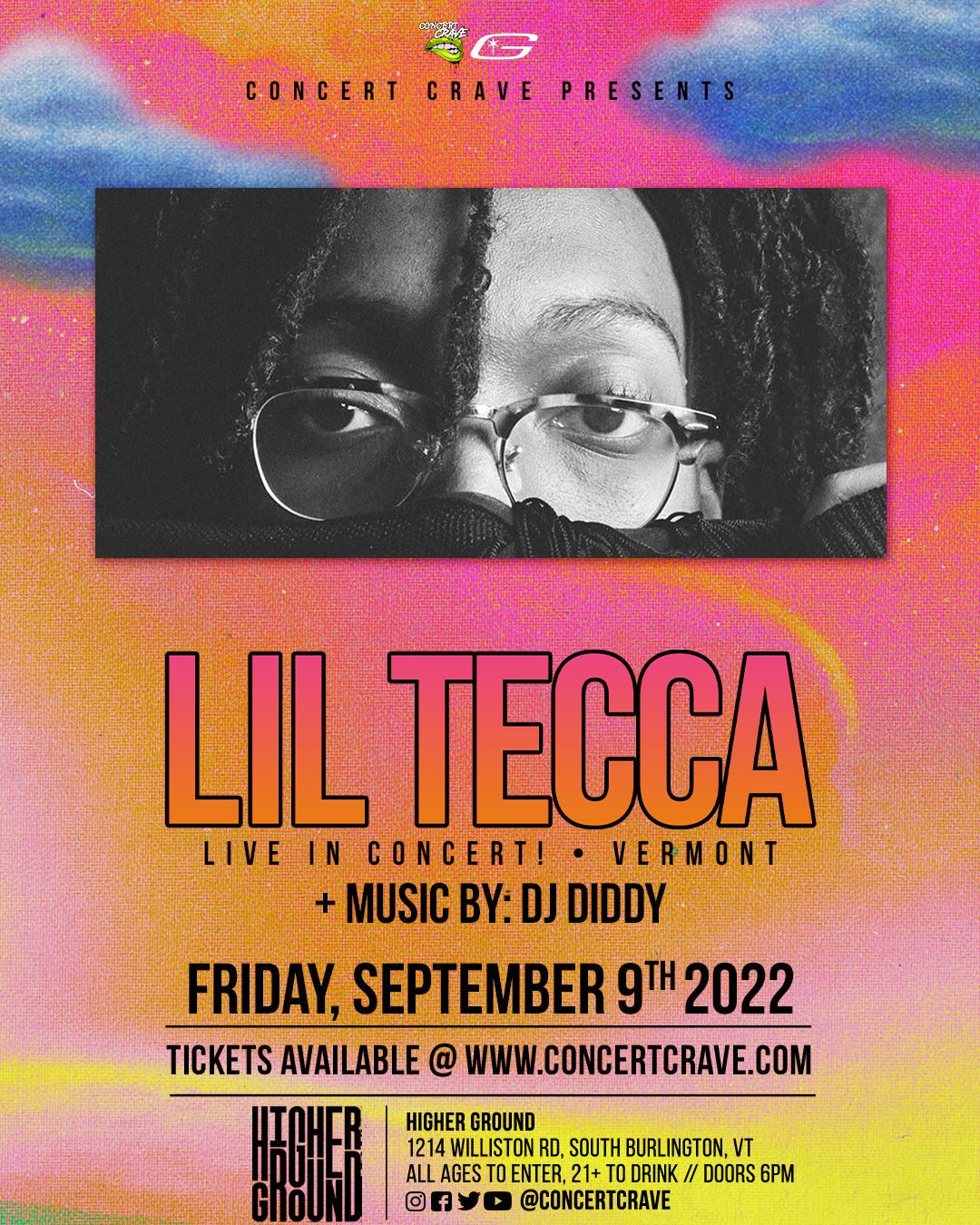