Tim Rose is a singer songwriter from Honolulu, Hawaii. He’s a classically trained, blues-raised James Dean lookalike with a crooning, Sinatra style voice. He has guitar licks like Clapton, deep lyrics like John Mayer, and the cool composure of a man twice his age. He is a full time performer, playing shows from Europe to Asia to the Hawaiian Islands he calls home. He has a social media reach of 10,000 fans, over 147,000 views on YouTube, and averages over 200 shows a year. His latest music video single from his debut album “Sirens” gained over 50,000 views in one week. This young man knows how to engage an audience.

DJ GSpot is possibly Hawaii’s most famous Prince fan. Having seen Prince live in concert over two dozen times in half a dozen cities. As a DJ for over twenty years, who better to put together the ultimate Prince playlist to honor one of the most iconic, influential and prolific musicians of all time?! GSpot will be playing several unreleased tracks. 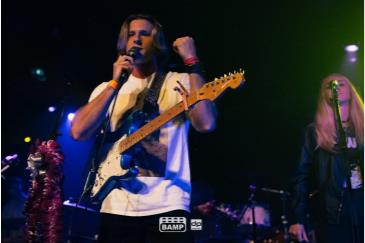