Let's Broadway presents: Anything But Broadway

Produced and directed by Tatiana Birenbaum and Ashley Ryan, Let's Broadway is a monthly show that counts with the presence of amazing performers singing songs from the most diverse themes. From Golden Age to Pop/Rock, every month the show has a different theme. We are happy to bring “Everything but Broadway” to Rockwood Music Hall this month.
Tatiana Birenbaum is a Brazilian performer that moved to NYC in 2013 to attend the American Musical and Dramatics Academy. She performed with big names of the Brazilian music scene like Jair Rodrigues and Toquinho. Some theatre credits include Legally Blonde, Brigadoon and Into The Woods. She is the co-owner of the Let’s Broadway Showcase Series and has been with the show for seven years.
Ashley Grace Ryan is a music director/ pianist based in NYC.  She is the resident music director at the Carousel Music Theater in Boothbay, Harbor, ME, and co-owner of the Let’s Broadway Showcase Series.  She recently MD’d for Encanto’s Jessica Darrow at 54 Below and consistently works with Scott Siegel in his productions at the Town Hall and 54 Below. 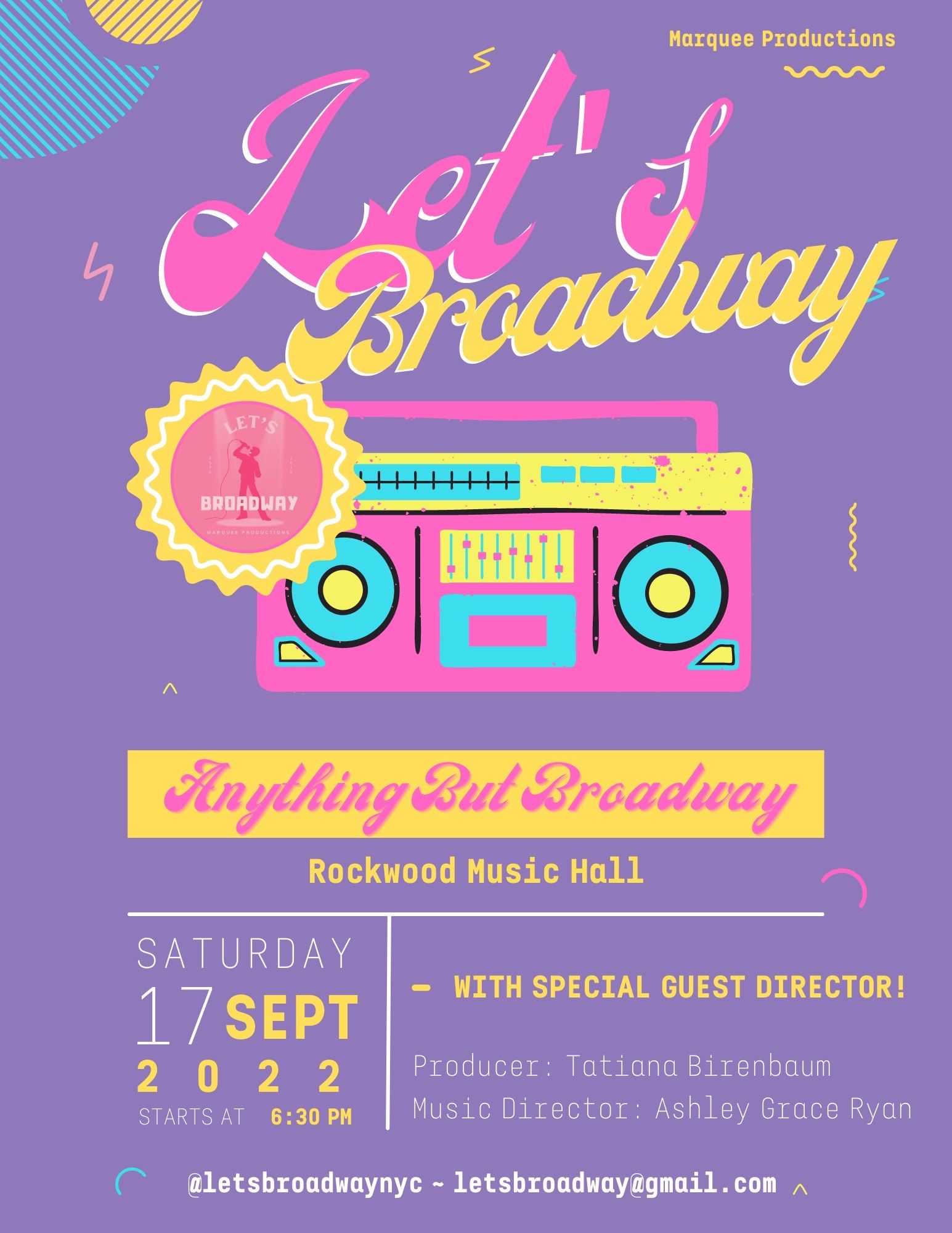 Show Map
View 185 Orchard Street in a larger map
We use cookies to provide you with the best experience possible. By using See Tickets, you accept our cookie policy.
Accept
ftr1:0