Leroy Sanchez - A biography
How did a teenager from Spain’s rural mountainous Basque region go on to amass 300,000 subscribers on YouTube with over 34 million video views? It started an early age when Leroy Sanchez discovered his love for singing and began teaching himself to play his mom’s guitar and developed his voice entirely by ear. At age 15 Leroy uploaded his first cover song on YouTube, and has since posted over 70 videos amassing over 34 Million YouTube views. Leroy’s covers have varied drastically over the years and have always been selected based on a personal connection he feels to the music. The artists he has covered range from Bonnie Raitt to Rihanna to Frank Ocean and some—such as James Morrison, Tori Kelly, Jessie J—have even taken notice of Leroy’s rendition of their song and sent praise and support out via social media. His passion for music, inherent skill, and undeniable charm have earned him a dedicated following of loyal fans who have followed Leroy on his journey and eagerly await his next move.
Leroy’s hard work and connection to his fans did not go unnoticed. In 2010, Grammy-Award winning producer and songwriter Jim Jonsin (“Lollipop” Lil Wayne, “Motivation” Kelly Rowland, “There Goes My Baby” Usher, “Sweet Dreams” Beyonce, “Whatever You Like” T.I., among countless others) found Leroy’s rendition of the Craig David number “Walking Away” and offered to bring the singer to Miami for a week. The two immediately connected. Weeks turned into months, and Jim signed Leroy to his record label, Rebel Rock, shortly after. The musician, now based in Los Angeles, has been crafting his debut album over the past year. Leroy has worked with an impressive array of producers and songwriters, including Jonsin, Rico Love, Danja, the Futuristics, Frank Romano, Finatik & Zac and Jenn Decilveo.
As a performer and a songwriter Leroy has grown immensely over the past few years, evolving in all aspects of his career. The Spanish-speaking musician has fully embraced English as the language of his music, now articulating his sense of the world with striking poetic importance. His ultimate goal is to make genuine music that reflects his own experiences and that continues to connect with his fans – a connection Leroy has always put at the front and center of his career. Leroy is also dedicated to giving back and has worked with CoachArt to provide life changing experiences in music to children suffering from chronic and/or life threatening illnesses. Leroy’s ability to use music to connect with and have a positive impact on the lives of the CoachArt children and their families has been truly inspirational. With his authenticity, ambition, God-given talent, all-star collaborators and a supportive label in Rebel Rock/Interscope, Leroy’s collection of innovative, compelling songs will surely become one of 2014’s most anticipated releases. 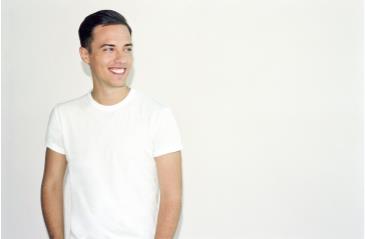