When Laufey returned to her native Iceland last summer, the country was just as she remembered it, save for one major difference.

“I turned the radio on in the car, and suddenly my song was playing,” she says. “That’s when I realized something big was happening.”

Something big was indeed happening, and in the months to come, Laufey would find herself topping the Icelandic radio charts, racking up hundreds of thousands of followers on TikTok and Instagram, and earning support from Billie Eilish and Willow Smith. So how does a girl from a tiny island in the North Atlantic go about taking the internet by storm? One song at a time.

Half Chinese and half Icelandic, Laufey spent much of her childhood traveling between Reykjavík and Washington, DC, where she learned to speak English with barely a trace of an accent. Inspired in part by her mother, a classical violinist, she took up piano and cello early on, but it was her father’s collection of Ella Fitzgerald and Billie Holiday albums that spoke to her on a deeper level.

“I’ve always loved classical music, and I’m definitely very influenced by composers like Ravel and Chopin,” Laufey explains, “but when I discovered the Great American Songbook and the music of George Gershwin and Richard Rodgers, it felt like this middle ground between jazz and classical that suited me perfectly. It was something I could love on my own terms.”

Laufey dove into the music headfirst, captivated by the lush arrangements and dreamy vocals, and by her teenage years, she was already turning heads with a mesmerizing style that belied her young age. As much as she enjoyed singing the standards, though, Laufey couldn’t help but feel that something was missing, and she often longed to express herself in more personal ways.

“In the classical world, it’s expected that you’ll follow tradition and stick to the script,” she reflects.

That all changed when Laufey landed a prestigious Presidential Scholarship to Boston’s Berklee College of Music, which enabled her to continue honing her virtuosic skills as a vocalist and instrumentalist while simultaneously pursuing her dreams of becoming a songwriter. Stepping out of her comfort zone and living on her own for the first time, Laufey found herself surrounded by a sea of gifted young musicians and producers at Berklee who inspired and challenged her in exciting new ways. It was a liberating environment for someone who’d spent her entire life playing by the rules, and it helped Laufey find the confidence to begin writing her own material.

“In Boston, it felt like I was experiencing real life for the first time,” she explains. “It was like something clicked inside of me, and the music just came flowing out.”

With her classmate Davin Kingston producing, Laufey recorded her debut single, “Street By Street,” on the last day before COVID-19 forced Berklee’s campus to close for the semester. A perfect introduction to Laufey’s intoxicating blend of sophisticated jazz melodies and slow-burning R&B grooves, the track was a raw and minimalist affair, one fueled by sensual vocals and subtle guitar. A torch song for the 21st century, it relied on subtle insinuation and furtive glances to convey its potent mix of longing, heartbreak, and resolve, and the result was a sound unlike anything else dominating the modern pop landscape.

Rather than sit back and wait for the world to open up again, Laufey decided to take things into her own hands. She released “Street By Street” herself and launched accounts on Instagram and TikTok, where she began performing a mix of original tunes and vintage classics that quickly went viral, racking up millions of likes from listeners all over the world.

“When things started blowing up on social media, I had all these young people reaching out about how the songs were resonating with them,” she recalls. “A lot of kids my age had never really been exposed to this kind of music, and I just loved that I had the opportunity to introduce it to a whole new audience.”

As her music climbed the charts back home in Iceland, Laufey continued writing and recording what would eventually become her debut EP, Typical of Me, laying down guitar, vocals, piano, and cello at home while her collaborators contributed parts and production remotely. Despite the considerable distance involved in its creation, the finished product is a warm and inviting collection, one that puts a modern twist on a timeless sound. Drawing on everything from Chet Baker and Sarah Vaughan to Peggy Lee and Bill Evans, it’s a confident, compelling debut full of mature meditations on loneliness and desire, doubt and resilience, acceptance and hope. Songs like the dreamy “Magnolia” and gentle “Like The Movies” reckon with perils of comparison, while tunes like the airy “Someone New” and soulful “James” work to let go of the past, and tracks like the hypnotic “I Wish You Love” (a cello-driven bossa nova reimagining of the old standard) and playful “Best Friend” celebrate the promise and the possibility of romance still to come.

“I used to ask my mother how you’d know when you’d found the right person,” says Laufey. “She told me, ‘It’s simple. They’re your best friend.’ That line always stuck with me, and I wanted to close the EP with it as a little tribute to all the perfect and imperfect moments that make up a relationship.”

It’s a sweet touch to cap off an utterly charming debut, a heartfelt finale built on the promise that the best is yet to come. For an artist as young and gifted as Laufey, that’s an understatement.

Sarah entered the music scene in 2018, when her voice caught the attention of Grammy-nominated artist ford., who ultimately featured her on his album (The) Evening. As Sarah’s own music developed, she proved to be an artist who was unafraid to experiment with unpredictability. In 2019, Sarah released two singles, 'Wine Stained Lips' and 'Open Your Eyes', which ushered in a new wave of authentic expression followed by five-track EP 'The Fall' in 2020. Written and produced between her college dorm room and her home studio in Connecticut and fusing a wide range of elements, 'The Fall' cemented Kinsley’s own world of pop through her ethereal vocals, a 70-track orchestra, and even sampling sounds from her bedroom.

Sarah’s latest release, 'The King' EP, which came out in June 2021, is genuinely one of those records that should appeal to a broad audience; to Fleetwood Mac fans, Maggie Rogers fans, Robyn fans, and Beabadoobee fans, we should all find plenty to love in Sarah Kinsley’s music. As a body of work, it encapsulates the different textures and flavours of Sarah’s output to date. Melody-rich and poetic, these songs work as well on Saturday nights as they do on Sunday mornings. Beats-driven, guitar-kissed, synth-painted. Five tracks, five standouts.

And if the statement stands that only two percent of ‘women in music’ are producers, and fewer still produce their own music, Sarah competently joins that stable of self-produced pop artists. As evidenced by multiple TikTok videos of hers that have gone viral, she’s very good at it too. 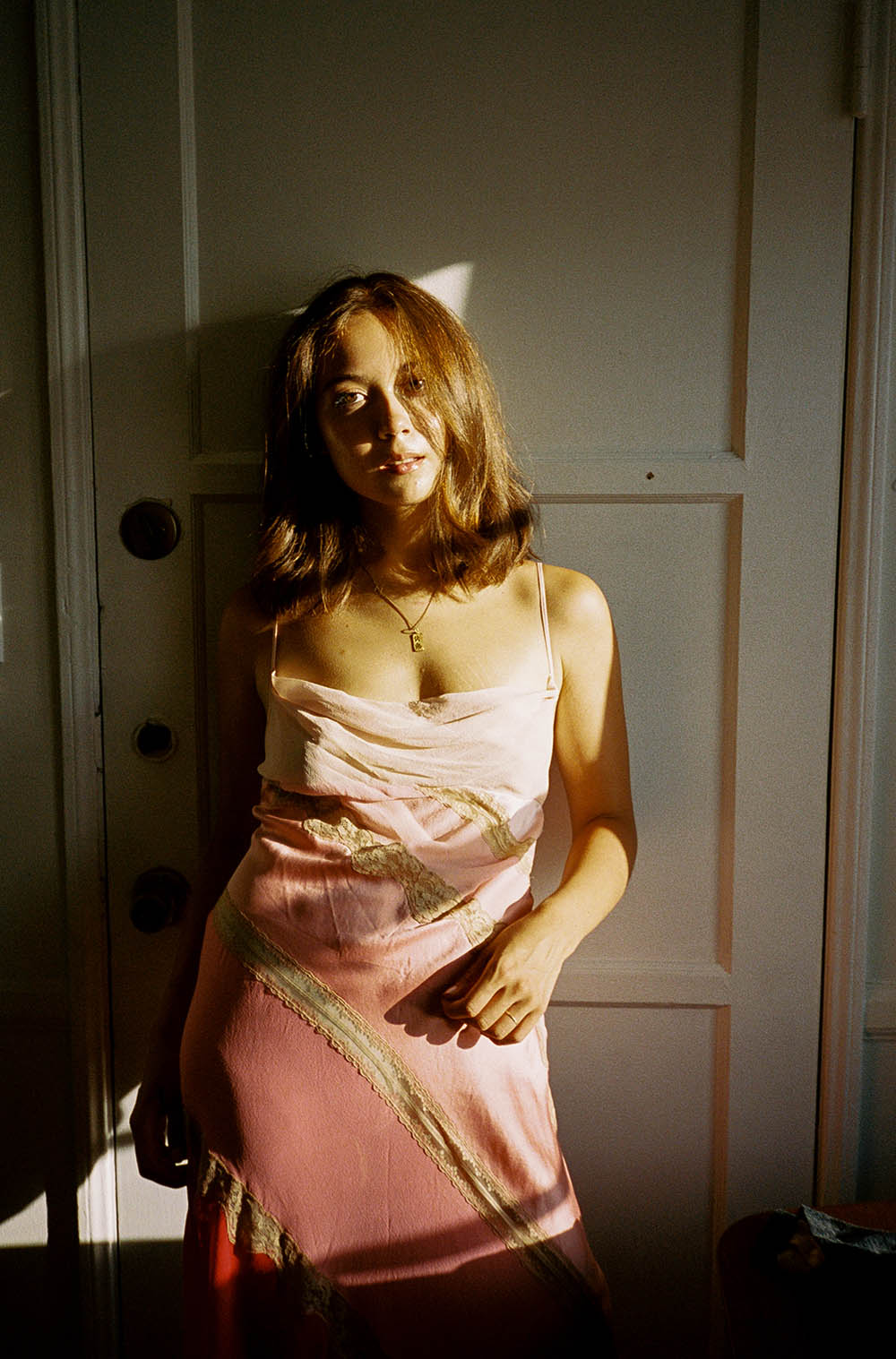