The Lounge at World Cafe Live


As we ease into our first shows back, we will not have food service in either The Lounge or The Music Hall at this time, but rest assured the bar will be open and the full drink menu will be available all night. As our kitchen warms up again, we look forward to expanding our culinary offerings in the coming weeks so you can enjoy the full WCL experience. Please note that If you had reservation in The Lounge, it is still valid.

All shows at The Lounge are General Admission and seating is not guaranteed. Click here to make a reservation and guarantee a seat or call our Box Office at 215-222-1400.

Charlie Parker, Clifford Brown, Stan Getz - jazz greats throughout history have relished the opportunity to play with strings. Now, Larry McKenna, Philadelphia's greatest tenor saxophonist joins these echelons. Join us for an intimate evening which frames this master melodist in an ethereal soundscape of strings, oboe, and harp.

Larry McKenna
Website | Facebook
One of the world’s finest jazz saxophone players, Larry McKenna is known for his gorgeous, velvety tenor saxophone sound, the unparalleled beauty of his balladry, and his fluid, bebop-inspired improvisations. His national reputation as both a masterful jazz improviser in the be-bop and modern jazz styles of the 1950s and 1960s and an influential jazz educator is firmly established after six decades in his profession. Larry’s status as a jazz great has also been affirmed by his myriad fans and the jazz stars with whom he has played and recorded including Woody Herman, Clark Terry, Buddy DeFranco, Tony Bennett, Rosemary Clooney and Frank Sinatra.

Recently Larry McKenna’s composing, songwriting and arranging skills have received critical acclaim with the release of his latest CD, “From All Sides,” supported in part by a Subito Grant from the American Composers Forum. Among other originals, this CD introduced his bossa nova “One Falling Tree” with lyrics by Melissa Gilstrap sung by Joanna Pascale, voted the number two song of the year (out of 100) in 2013 by listeners of WRTI 90.1 FM Philadelphia. In addition, the Larry McKenna Jazz Orchestra debuted in 2014 as a 17-piece band including Joanna Pascale that is dedicated to presenting Larry’s original compositions and arrangements.

Recent performance highlights include Larry’s 2015 concert with the legendary pianist Barry Harris in a concert titled “Barry & Larry” at William Patterson University. Larry was also a featured soloist in two concerts in 2014 with The Philadelphia Jazz Orchestra under the direction of Terrell Stafford, together with Wynton Marsalis, Jimmy Heath, Kenny Barron, Randy Brecker, Bootsie Barnes and Tony Williams. In 2014 Larry additionally appeared with the Woody Herman Tribute Band in Los Angeles as part of the Los Angeles Jazz Institute Big Band Festival.

Larry is also esteemed in the classical music world. In 2011 the world-renowned Philadelphia Orchestra showcased him as a soloist in three concerts, performing movements from an arrangement of Duke Ellington’s “Nutcracker Suite.” Since 2002 he also has been a featured artist with PhilOrk Jazz, a group formed by members of The Philadelphia Orchestra which features guest artists chosen from the highest ranks of the Philadelphia jazz scene.

Larry is one of the most sought-out saxophone and jazz theory teachers in Philadelphia. He has taught countless students at University of the Arts, Temple University School of Music, West Chester University, Widener University, and Community College of Philadelphia. Many of his students have pursued successful careers in music. Larry’s influence, spanning decades, can be said to have established a Larry McKenna school of saxophone playing in the Philadelphia region.

In recognition of his extensive contributions to the jazz world, in 2015 Larry McKenna along with Pat Martino received a Jazz Legend Award from the Philadelphia Clef Club. In 2012 Larry was honored with a Lifetime Achievement Award in jazz performance and education from the University of the Arts; the Jazz Master Award from the Media, Pennsylvania Business Authority; and the Making A Difference Award from The Jazz Bridge Project, a nonprofit organization serving Philadelphia-area jazz and blues musicians in crisis.

In addition to being a frequent guest on recordings by other top jazz players, Larry has released three other CDs under his own name to widespread critical acclaim. “Profile” (Dreambox Media 2009) mixes jazz standards with Larry’s original compositions, including the lovely and poignant ballad “Perhaps This Wintertime” with lyrics by Melissa Gilstrap. Premiered on the CD by vocalist Nancy Reed, this ballad was critically praised as “destined to become a new standard” and subsequently performed and recorded by other internationally known vocalists. Larry’s earlier CDs, “It Might As Well Be Spring” (Dreambox Media 2001) and “My Shining Hour – Music of Harold Arlen” (EPE Records 1995), received praise from jazz critics across the United States and Canada and remain in demand.

Music arranged by Larry McKenna has been performed on “The Tonight Show” with Johnny Carson and in the Nicholas Cage movie “Birdy,” in which Larry played and appeared. He has published many jazz-oriented arrangements for school concert bands which can be purchased from Northeastern Music Publications. 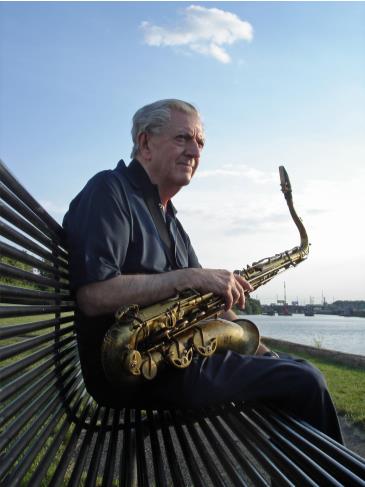 The Lounge at World Cafe Live