Kiran is a stand-up comedian/actor who starred on the NBC/Hulu comedy Sunnyside from Mike Schur
and Kal Penn, in addition to other shows like How to Get Away with Murder and Modern Family.  She’s a
co-host on Crooked Media’s Hysteria podcast and was a touring stand-up comedian before the
pandemic.  As a writer/director, Kiran has made films for HBO and Sundance, been nominated for an
Emmy, and shortlisted for an Academy Award.  On the touring side, Kiran has headlined at the New York
Comedy Festival, San Francisco Sketchfest, and can be seen at colleges and comedy clubs across the
country. 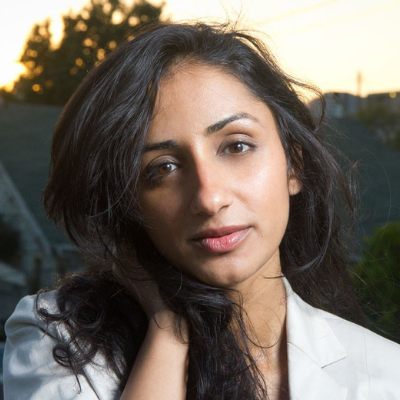