Kid Ink cruisespast all boundaries. The Los Angeles rapper, producer, and performer canseamlessly slip from an irresistible hook into an impeccable verse,effortlessly bobbing and weaving between the club and the streets. There’sabsolutely nobody quite like the tattooed from head-to-toe impresario, andthat’s the first thing you’ll notice when you take his full-length debut, My Own Lane [Tha Alumni Music Group/88Classic/RCA Records], for a spin.

Grinding as aproducer since the age of 16, he uncovered this creative highway by perfecting a personal style behind the board first. Hisproduction collaborations include everybody from Sean “Diddy” Combs, SeanKingston, Nipsey Hussle, and more. That experience in the studio set the stagefor him to become the versatile and vibrant force he is today.

“My backgroundproducing contributes so much to my own music,” he admits. “I feel like I havea different ear because of that. I’m always aiming for a bigger sound and abigger look. Instead of focusing on just a verse or simply spitting, I’ll tacklethe melody or harmony and build from there. Then, I make sure what I’m sayingmatches. There’s got to be continuity. At the same time, I like to twisteverything up a little bit.”

He officiallystarted twisting the game up when he dropped his 2012 independent album, Up & Away. He covered XXL Magazine as part of that year’s“Freshman Class”, while the album smashed an iTunes record by debuting in theTop 5 of the Hip-Hop Albums chart prior to release and minus any traditionalpromotion. Cumulative single sales from the effort exceed over 500K, while itlanded at #20 on the Billboard Top200, moving over 20K copes first-week. Piping hot from the indie success, heinked a deal with Tha Alumini Group/88 Classic/RCA Records in 2013, droppingthe acclaimed Almost Home EP thatsame year. However, everything simply laid the foundation for My Own Lane.

The single “IzU Down” [featuring Tyga] swings from a bombastic beat into a sultry and slickrefrain. Ink and Tyga go toe-to-toe with fiery verses, unleashing a massivebanger in the process.

“It had thatoriginal Kid Ink vibe, but it was something everyone could rock with on radioor in the clubs,” he goes on. “It fit the moment. Tyga was in the same studiothe night I had the record, and he felt it. Lyrically, it was about girlshaving fun with other girls—whether they’re in the club dancing together orwhatever. That’s the point when parties usually get fun. It shows anotherside.”

Elsewhere onthe album, he teams up with August Alsina for the buoyant and bouncy “We cameTo Party”, which tempers a soulful chorus with clever wordplay. “It’sdefinitely a party record,” he smiles. “It plays off people hitting each otherup on Instagram. You could call it a social network record.”

However, heunleashes pure mic fury on the aptly titled “Murda” alongside Pusha T. It’sraw, real, and righteous hip-hop that scorches on impact.

Ink explains,“That record shows more of that genuine hip-hop vibe. Pusha T is a real dealartist, and it’s all about the bars with him. He was also someone I looked upto when I was younger and growing up with my favorite music. I was rocking toClipse and The Neptunes. As soon I got this record, Pusha was at the top of mylist. It’s a dream come true.”

However,countless other friends popped by for red hot collaborations as well withFrench Montana, A$AP Ferg, MGK, Elle Varner, and more adding their ownrespective flavors to this formidable collection. This all opens up thefloodgates for Kid Ink though.

My Own Lane solidifies him as an artist preservinghis independent identity while reaching a new level altogether. Whether it’sembracing tattoo culture further or diving deeper into his other interests likeX-Games and NBA, he stands poised to exert a seismic impact.

“We’ve got abigger machine to help out we were already doing from day one,” he says. “Ifeel so blessed to be in this position, but it all starts with the musicone-hundred percent. That won’t change.”

Ultimately,that music is going to continue satisfying listeners worldwide too. “I wantpeople to feel surprised,” he concludes. “I want them to get something theydon’t expect. I want them to look forward to more too.” 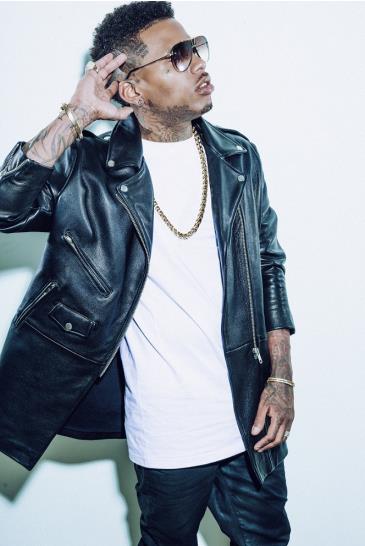