Singer/songwriter/producer Josie Cotton hails from Dallas, Texas.  In the early 1980s, Cotton had an international hit with “Johnny Are You Queer?” which was included on the soundtrack of the seminal film Valley Girl.  She appeared in the film with her band the Party Crashers, and later in the notorious Jackass Number Two.  Josie is known for her quirky stylizations and musical experimentation from pop to rockabilly, electronica, swamp, lounge, Western, garage rock and beyond.  She has to date recorded seven albums including Invasion of the B-Girls, a collection of B-movie theme songs (great songs from bad movies) from the 1960s and ‘70s, which included liner notes by John Waters who noted, “Josie Cotton has made the unlistenable unforgettable.”

Now Cotton can add record company mogul to her resume.  With the formation of Kitten Robot Records, Cotton has reissued her entire catalog on her own label throughout 2019 and 2021. The label’s first release was an all-new single, the Russian-themed “Ukrainian Cowboy” (b/w “Cold War Spy”), wherein Nancy Sinatra meets James Bond in a real Spaghetti Western video.  The infamous Sympathy for the Record Industry label released the songs on a seven-inch single.

2019 also saw the release of the LP “Everything is Oh Yeah,” released in every format in partnership with Cleopatra Records. The album was to be Cotton’s third record for Elektra back in the ‘80s but was side-lined for decades. The tapes were re-mixed and re-mastered by Cotton and long-time producer Paul Roessler, who also helms Josie’s Los Angeles-based recording studio, Kitten Robot.  The year wrapped up with Kitten Robot Records releasing the holiday single “Everyday Like Christmas.”

The previously mentioned Invasion of the B-Girls was released in 2020; the vinyl version of that LP out on Dionysus Records.  Both of her classic ‘80s LPs that were originally released on Elektra, Convertible Music and From the Hip, were reissued by Kitten Robot in 2020 also, with Bomp Records reissuing the vinyl version of the Convertible LP.  This completed the circle; Bomp was the indie label bold enough to release “Johnny Are You Queer?” in 1981 when numerous other labels chose to duck the controversy. Bomp’s marketing landed the single on L.A.’s KROQ, which in turn led to Cotton’s contract with Elektra. The original (and long-lost) B-side to “Johnny,” “(Let’s Do) the Blackout,” was included as a bonus track on the Convertible reissue, and also became a video loaded with archival footage.

During the pandemic, Josie sought out creativity in her studio to work on her upcoming LP of all new material.  She also participated in the charity recording/video project “Flatten the Curve” alongside 31 artists from the rock/pop/punk world; sang lead on the Mikey and his Uke all-star YouTube cover of “Bad Reputation,” recorded the duet “Turn it Around” with Ben and Screeching Weasel, and contributed the lead-off track on the Go-Gos tribute If You Gotta Go-Go, Go-Go Now, coming soon as a double LP from Sympathy for the Record Industry.

The summer of 2021 saw Josie release the video and single “Calling All Girls,” which set up the release of the LP Pussycat Babylon in August.  Throughout the summer and fall, Josie is playing the Greek Theatre, Ladies of the 80’s concerts, as well as select dates on the East Coast with her stellar band which features Travis Ramin (mid-west power-pop legend) and Melanie Vammen (The Coolies, the Muffs).  Fans can anticipate the new album coming in early 2022. 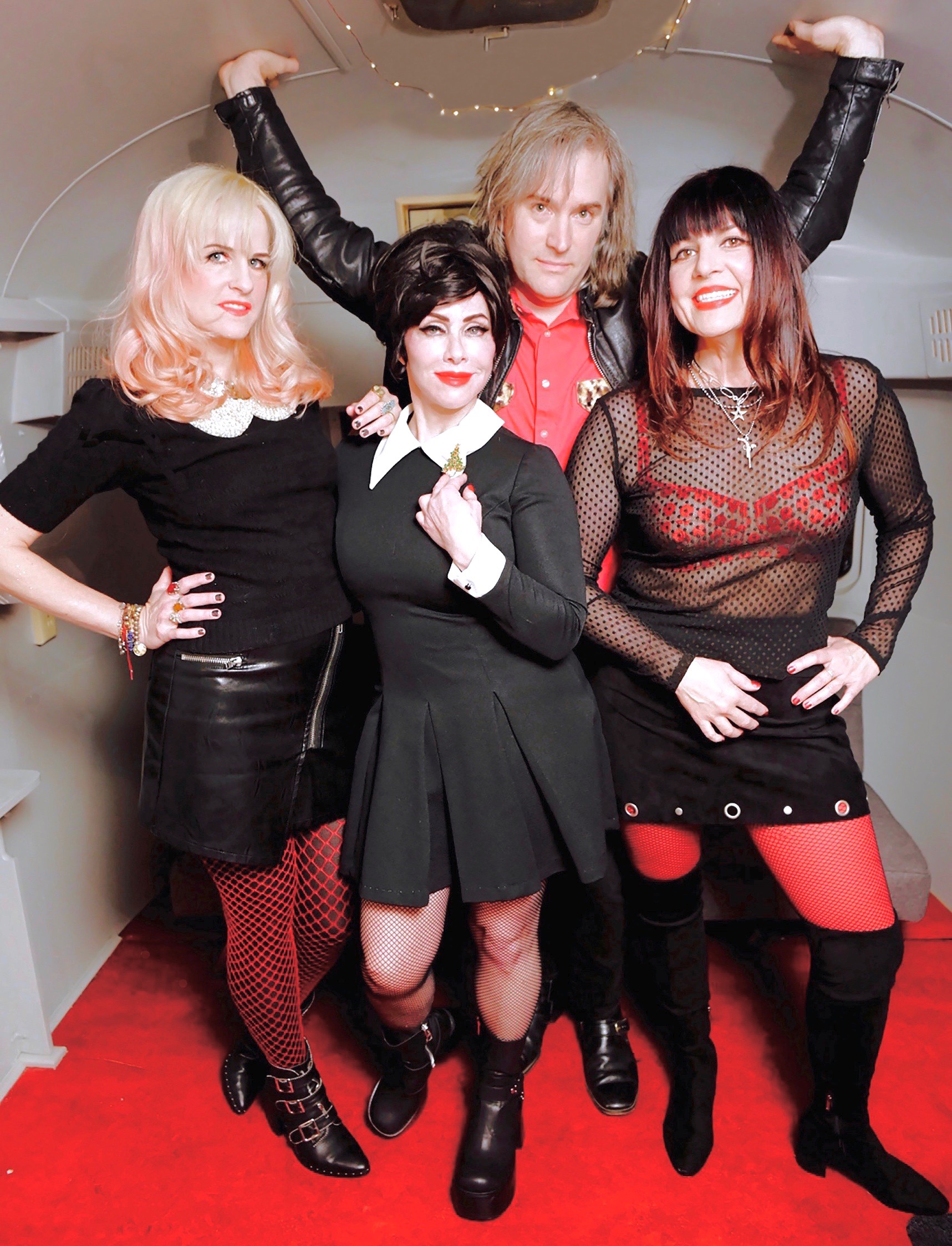 plus a screening of "Valley Girl"