All doors will open at 6 pm

Performing with Joshua Radin will be Meiko, Cary Brothers, My Name is You, and Rosebud!

Lying sideways across a hotel bed in Stockholm when he wrote his new album. Spending the day in bed might seem like a counter intuitive approach to productivity, but after feeling like the creative well had run dry, Radin suddenly found himself writing the strongest material of his career after turning 90 degrees. Titled  'Onward and Sideways,' the album artfully and honestly captures the experience of falling completely and utterly in love, with all the joy and hesitancy and exhilaration and fear and doubt it entails.

Love and the complications surrounding it have long proven to be Radin's songwriting forte. Though he never intended to be a live performer, there was little choice when the first song he ever wrote, "Winter," was featured on an episode of "Scrubs." The resulting fervor around the song soon led to a record deal, and over the last decade, Radin's toured the world countless times, sold hundreds of thousands of records and topped the iTunes charts, earned raves from Rolling Stone to The Guardian, performed on The Tonight Show, Conan, and more, played Ellen DeGeneres' wedding at her personal request, and had his songs featured in more than 150 different films, commercials, and TV shows.

“Being an awkward, bored middle schooler was really helpful for my creative skills,”she remembers, “because I spent a lot of time alone, in my room, playing my guitar. I could also run around a lot outside, not having any supervision. When you’re raised in the middle of the woods, your imagination soars.”

The Bright Side, Meiko’s second solo release and Fantasy Records/Concord debut, is an intimate, fearless song-cycle about risk, regret, tenderness and love.   Her indelible melodies and sharp lyrical viewpoint give The Bright Side a powerful, artistic punch.

“There was a turning point where I decided to stop being so pessimistic about relationships and people and love,” explains the L.A. based songwriter.  “It’s called The Bright Side,” Meiko says, “but musically there are many sides to it.  It’s got the electronic beatside, the retro side and even an R&B side. I was able to do everything I wanted to do.”

Thumping beneath the mix are electronic beats that she helped create with her three producers, including Belgian electro-pop wiz Styrofoam, known for his remixes of songs by The Postal Service and The Submarines.

Meiko, whose name (pronounced MEE-KO) is derived from her one-fourth Japanese heritage, filled her first album with songs about heartache and rocky relationships; a broken heart can be great for songwriting. The album’s coffeehouse folk-pop was largely sad-eyed and blue, recounting the story of a 20-something girl trying to find someone, anyone, to spend her days and nights with.

“The new songs were all born on the guitar, but I wanted to make this record a little more lively,” she says. We played around with beats and came up with something that people could move to. There is more color, layers and texture this time around - acoustic guitars, piano, strings, horns and background harmonies.”

A self-starter by necessity, Meiko learned very early that a little moxie and imagination goes along way – and that rebelliousness was often an entertaining alternative to boredom.  The family lived in a log cabin built by her father, a guitarist who played classic rock songs around the house.  Meiko quickly learned to play guitar, too, writing her first song at the age of 5 and honing her vocal chops at church; where she made her singing debut at 8 years old - performing “White Christmas.”

After attending college for one semester, Meiko left Georgia and moved to Los Angeles in 2001, where it took her five years to summon up the courage to play her first official show. And what a show it was.

“I played for two people,” she remembers. “The whole time I was up there, I was thinking, ‘This is terrible; there’s only a pair of people in the audience.  ’Afterwards, I went over to thank them for coming, and one of them turned out to be deaf.”

Her music didn’t fall on deaf ears for long. By 2007, while bartending at the Hotel Cafe, ground zero for the new wave of young, folksy songwriters, Meiko finally landed a coveted opening slot. From there she gigged relentlessly, performing wherever and whenever she could, eventually becoming the artist to see at the popular club and at venues around town. The self-released first album arrived that year later reissued by MySpace Records --making sure to include “Boys With Girlfriends,” a new song that quickly became a Top 15 hit at Triple A radio in 2008.  Heavy airplay at stations like KCRW, Santa Monica’s influential NPR powerhouse, led more notice and glowing press. The high profile exposure also caught the ear of key music supervisors, which led to song placements in many television shows and films, including Grey’s Anatomy, One Tree Hill, Pretty Little Liars and 10 Things I Hate About You among others.

“I toured pretty much all the time from 2007 through 2009,” she remembers; listing European tours with Hanson, solo headlining dates across America and late-night TV appearances on Conan O’Brien and Carson Daly. Along the way, she wrote dozens of songs for the new album and work-shopped them in front of live audiences, making sure they could withstand a high level of scrutiny; both hers and theirs.

It’s a long way from Roberta, Georgia, and Meiko’s long path hasn’t always been easy.  But maybe that’s the point.  The journey’s magnificent mess is what makes life so interesting, and Meiko superbly chronicles the beautiful, roller-coaster trip on The Bright Side. 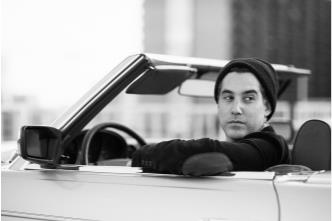