Enigmatic New York based producer Josh Pan has accomplished much in the last year. Initially well known for his plethora of self-released hip-hop inspired bass music and eye-catching visual designs, Josh Pan’s knack for creating meticulously produced and varied bass-driven music has recently earned him a spot in the OWSLA Family. Josh Pan’s string of hits including “Platinum”, a collaboration with X&G earlier this year, has cemented his position as one of OWSLA’s top up-and-comers.


Team EZY is Drew Gold, the Los Angeles based artist who’s involved with OWSLA on either side of the fence, both as a breakout Producer / DJ as well as a member of the imprint’s A&R team. Influenced by hip-hop from a young age, Drew took time to hone his skills and dial in his sound before launching Team EZY. The move proved smart, as Team EZY’s debut album was released on OWSLA, a feat not many producers can claim.


Salt Lake City veterans Xian and Gaszia joined forces in 2014 to become X&G, a collaborative project fueled by a desire to create mind-bending experimental music. What came about is exactly that, an onslaught un-categorizable bass-driven tunes that have helped push the genre into an ever-interesting direction. True proponents of the art, X&G gave their 11 track Anomalies EP away for $1 earlier this year, proving their music is made for the ears and not the wallet.

Follow us for exclusive guestlist offers and up to date info

Once Avalon reaches capacity, those holding ticket(s) will be admitted before those in the general admission or guest list lines, but you must wait for people already admitted to leave the club to reestablish available capacity. 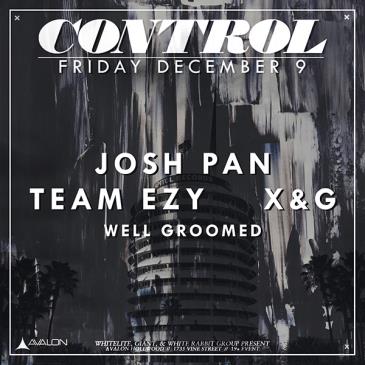