Having gained a residency on the internationally revered station BBC Radio 1, as part of the ‘In New DJs We Trust’ rotation and doing an Essential mix in 2014 further cemented Jordan Suckley's inauguration among the Superstar realms. He’s received high praise from the likes of Armin van Buuren, Paul van Dyk, Paul Oakenfold, John O’Callaghan, Simon Patterson and with both Mixmag and Beatport tipping him as ‘One To Watch’. No one can ignore his success and promised potential.


David Rust is a DJ first and foremost, taking a huge influence from the blistering technical Decks ’n’ FX styles of DJs such as Eddie Halliwell and Jordan Suckley. He is a true performer who fuses various upbeat styles on the more intense end of the trance spectrum. David's passion for music past and present is evident as he takes his main musical influences from the likes of Picotto’s BXR days, Randy Katana, Fred Baker, Scot Project & most notably early Sander Van Doorn.
PIONEER STAGE
De Noche / Geosf Oli / JNTHN996x / Liquid Light / Zajdel
(abc order) 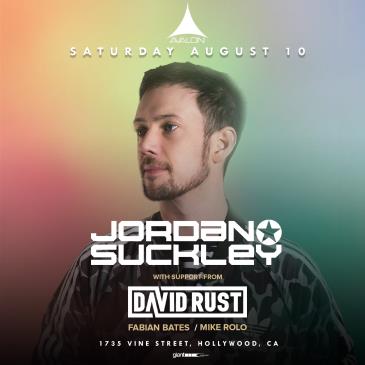