About Johnny & The Mongrels:

“Mongrels music” is highly influenced by the grooves and feel of New Orleans, but the songs tell stories as well, as they are sung and played from the heart, giving them a depth and authenticity all their own. "With the vocal soul of Otis Redding & the instrumental chops of the Meters, Johnny & The Mongrels will sonically transform you to another place where you can smell the magnolias & the beignets are warm!" raved Chris Williams of Shattered Sky Music Group/Chimaera Sound Studios.

The album opens with Louisiana Girl written by Johnny Ryan, Jeff Bostic and Scott Sharrard as a tribute to the women who make Louisiana the incomparable place it is. The track musically encapsulates the confidence, rhythm and style that the women from Louisiana have. “I always hoped the addition of saxophone, played by Craig Dreyer, would give the listener an actual picture of said Louisiana Girl as she struts down the Quarter, or gives that confident smile as she passes you in the streetcar,” explains Johnny. “During the recording session, the band coined the phrase ‘Salted Butta’ to celebrate the track. It's just how we all felt the song felt … like salted butta baby! There was a serious debate as to whether we should have titled the album ‘Salted Butta.’”

One of the more thought-provoking songs on the album, Drinking With Angels, was written by Johnny and Scott in memory of one of Johnny's closest friends, Jeremy, who passed away from cancer in 2018. He had been an integral part of countless adventures that fostered his love affair with New Orleans. “It's one of the most emotionally challenging but rewarding songs to perform,” says Johnny.

Johnny's mom, Penny Lane, was a professional singer for over 40 years and had an incredible influence over his style and musicianship. Mama Said is the song he always wanted to write for her. Penny actually sings the background vocals on the track, making this a “come full circle” moment and dream come true for both of them. Johnny explains, “The voice at the beginning of

the track saying ‘Get on in here you Mongrels, it's time for dinner!’ is actually my mom! That's what she used to say to my brother Tim and I when we were kids out playing all day … being a Mongrel means you're part of the family, no matter who you are. That's why Jeff and I call the fellas that play with us Mongrels.”

While recording a demo at Dockside Studio in Maurice, LA, Jeff Bostic spearheaded the writing of Shallow Grave. He explains, “It encompasses the struggle of having a partner who relentlessly knocks you down, to the point that you don’t even recognize yourself anymore. Hence the line ‘stranger to myself’ and the metaphor of being ‘buried.’ May this song help anyone in a one-sided, abusive, or toxic relationship break free of the chains and regain a sense of self.” This tune also gave Johnny and Jeff the opportunity to co-write and trade vocals on a track, something they had always wanted to do.

True Life is a testament to learning to trust oneself and move through moments when you feel unsure or challenged. “It was originally slated to be a slow Stevie Wonder style funk-shuffle, but while in NYC during a writing session with Scott Sharrard, the song took on more of a slinky blues groove that eventually drummer Eddie Christmas brought to life incredibly well in the studio,’’ says Johnny. “Then to top it off, after the Lafayette, LA legend Roddie Romero had finished laying squeeze box tracks on the song Music Man, we asked him if he'd be down to duet True Life with me. We spent about 30 minutes rehearsing the song in the control room and then went in and recorded the song.”

Creole Skies describes Johnny's internal struggle to decide to move to New Orleans from his home state of Colorado. “Leaving one’s home environment and situations that are safe and comfortable for the chance to grasp something bigger, and possibly more fulfilling, is a scary proposition,” says Johnny. “The pursuit of glory is a risky endeavor but there's never been anything worth achieving that didn't involve dealing with change and being a little uncomfortable at times.”

Tony Joe White’s classic tune Saturday Night In Oak Grove Louisiana became part of the album through the band’s love and admiration for the Louisiana legend. Scott was out on a morning jog before the second day of recording when the song popped up on his playlist. He played it on his phone for the rest of the band at breakfast, and by lunch the song was finished and ready for slide guitar solos and mixing.

Hard Way, written and sung by Jeff, came about many years ago after a life-threatening accident that he was involved in. “Making the decision to change how you've been living your life due to tragedy is a tumultuous and sobering path to go down. The song brings the listener in on that journey.”

The band’s guiding spirit has always been the bluesy, soulful New Orleans sound, and Johnny’s tune Music Man pays homage to the city and its musical style. “What better way to do it than in a “Professor Longhair-like style,’’ observes Johnny. “It was really exciting and serendipitous to get the chance to have the incredible squeeze box player Roddie Romero on this track. And the pure-fire piano that Bill McKay lays down on this track really makes the song come alive. In the

studio he was literally surrounded by keyboards - from a Hammond B-3 to Clavinet and a Baldwin Grand Piano.”

The final track on the album, Just Keep Walking, was written by Bill McKay while he was with Leftover Salmon and did not get much airplay at the time. The message, “moving forward and keeping on when the world brings you down. Life is short — so be positive,” turned into a powerful Bill and Johnny duet. Scott invokes the spirit of the Allman Brothers and brings the track home with his emotionally soulful guitar harmonies and solos.

“We have worked together to pour our heart and souls into “Creole Skies,” explains Bostic, “releasing our emotions and experiences through the songs. We hope It will make you feel and make you move.”

Craig Greenberg has been hailed as NYC’s most acclaimed post-millennial piano man. Over the past 15 years, the native New Yorker has been a staple on the city’s music scene, capturing and building on the spirited ivory traditions of greats like Billy Joel, Ben Folds and Randy Newman with sparkling, soulful new musical twists, a larger than life personality and his insightful, dramatic sense of storytelling.

Craig has independently released 4 albums (his most recent full length Phantom Life released in Dec 2020), and has performed upwards of 1000 shows, since his start playing in bars while living in Chile, and later Spain, in the early 2000s. His songs have received praise in American Songwriter, the Huffington Post, Relix Magazine, and have been played on radio stations all around the country and internationally.  He has performed everywhere from Lincoln Center in New York, to Israel and Cambodia, and with esteemed musicians such as Jackson Browne, Chris Barron (Spin Doctors), Jane Wiedlin (the Go Go’s), Louise Goffin, and Jerry Joseph. 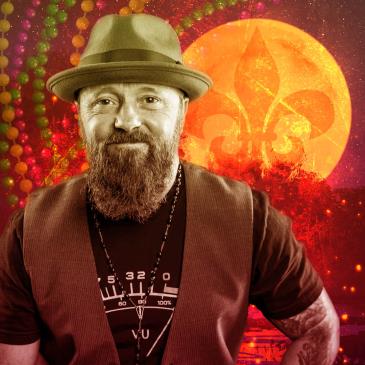