“…the lovechild of John Prine and Mitch Hedberg with a vagabond troubadour edge.” – The Stranger

“Craigie’s latest, “I Am California,” is haunting, poetic, and just how a longing for California should sound. Draped in nostalgia and covered in memories, Craigie paints a beautiful homage to the Golden State, with the assistance of singer Gregory Alan Isakov.” – Impose Magazine

“You can be sure I’ll be on the lookout for anything he does from now on.” - No Depression

If John Prine and Mitch Hedberg had a baby, the resulting product would resemble something very close to Portland, OR singer-songwriter John Craigie. Musically comparable to Prine, with the humor and wit of Hedberg, the humble, gracious, and hilarious Craigie is one of the best storytellers of our time. It’s no wonder that Chuck Norris sends him fan mail, and Todd Snider brings him gifts on stage.

The vagabond troubadour has charmed audiences in all 50 states and throughout much of Europe, with a DIY spirit seldom seen these days. While touring solo and with the likes of Jack Johnson, Todd Snider, Shook Twins, Nicki Bluhm, and ALO, Craigie has taken the stage at festivals, sold out venues, intimate house concerts, center camp at Burning Man and even Gregory Alan Isakov’s farm. Although based in Portland, Craigie’s true home is on the road, and just like that he’s on to the next town, playing and singing and telling stories to everyone who wants to listen.

He’ll make you laugh and make you cry, all in the same song. With a fan-base that is more of a continually-expanding circle of friends, John Craigie’s true passion is connecting with people through shared experiences, stories, and song. 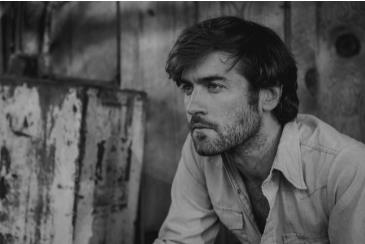