NOTICE REGARDING COVID-19:  Beginning January 15, 2022, The Hamilton will require all patrons aged 12 years old or older to show proof that they have received at least one dose of the COVID-19 vaccine before they are allowed entry (two doses will be required starting Feb 15th). This policy is mandated by the District of Columbia. Patrons 18 years old or older must also show valid, unexpired photo ID. Patrons may provide a CDC or WHO vaccination record (original, photocopy, or digital photo), a record of immunization from a healthcare provider or public health authority, or a COVID-19 verification app. More information about this policy is available at https://coronavirus.dc.gov/sites/default/files/dc/sites/coronavirus/page_content/attachments/DCHealthVaxDCGuidanceFAQ1.10.22.pdf

What began as a process of collecting archived session files for a B-sides album morphed into an obsessive remix. Finally, it became a full-on album process with entirely new songs. “The Diving Sun” brings together lost gems from Joe Pug’s various studio sessions with producers Duane Lundy (Jim James, Ben Sollee) and Kenneth Pattengale (The Milk Carton Kids, Joy Williams), along with new songs recorded in quarantine. The album is slated for release on March 19th, 2021 via Nation of Heat Records.
“Once I had chosen the archived songs, I realized that there was a narrative running through all of them,” says Pug. “ To complete that narrative, I had to write and record some new songs. But then once I had those new songs recorded, I had to improve the old ones. It was kind of like when you clean one
room of your house and the only result is that it makes your other rooms look messier.”
“The Diving Sun” begins with a summer romance in the romping “Crescent Bridge” and continues with a bitter separation in the haunting “Wild Kind of Longing”. Finally, the album reconciles on a buoyant note of hope on “Ten Miles of Mercy” with the triumphant mellotron arrangement of Pat Sansone (Wilco, The Autumn Defense). Along the way, there’s a wry look at heartbreak with “None the Wiser” which lopes along with a beat courtesy of renowned session drummer JT Bates (Bon Iver, Taylor Swift, Bonny Light Horseman). Of course, no album about star-crossed lovers would be complete without a John-Cusack-Boombox-On-The-Lawn ballad like “Deep End” which features the wiley accordion of Philip Krohnengold (Sara Bareilles, Matt Berninger).

Joe Pug is a singer-songwriter noted for his lyrical acumen and plaintive harmonica style. After dropping out of college in his early twenties, he moved to Chicago where he worked as a carpenter before breaking into the city’s music scene. Since 2008, he has released a string of critically-acclaimed albums and toured heavily in the U.S. and abroad. Paste Magazine has written of his music, “Unless your
surname is Dylan, Waits, Ritter, or Prine, you could face-palm yourself to death trying to pen songs half as inspired.” He has toured with Steve Earle, Levon Helm, and Sturgill Simpson. In 2015, Brandon Flowers of The Killers personally tapped Joe to open a European tour after hearing his song “If Still It Can’t Be Found.” He has appeared at Lollapalooza, Bonnarroo, and The Newport Folk Festival. Additionally, he is the creator and host of The Working Songwriter podcast, an interview show that has become a premier destination for songwriters to discuss their craft. Past guests have included Lucinda Williams, Ian Mackaye of Fugazi, Josh Ritter, Kathleen Edwards, and many more.

Full of lush, sweeping arrangements and honest, deeply vulnerable self-examination, ‘Desert Dove’ marks a bold new chapter for Michaela Anne, both artistically and professionally. While the songwriting is still very much rooted in the classic country she’s come to be known for, the record (her first for Yep Roc) represents something of a sonic shift, incorporating more modern production elements than ever before in pursuit of a sound that owes as much influence to indie rock as honky tonk. Despite the bolder, more adventurous arrangements, Michaela’s crystalline voice remains front and center on the album, a pure, airy beam of light shining bravely into the dark corners of loneliness, pain, and desire that we all so often to try to hide.
Produced jointly by Sam Outlaw and Delta Spirit’s Kelly Winrich and recorded with an all-star band that included guitarist Brian Whelan (Dwight Yoakam, Jim Lauderdale), fiddler Kristin Weber (Kacey Musgraves, Margo Price), and drummers Mark Stepro (Ben Kweller, Butch Walker) and Daniel Bailey (Everest, Father John Misty), ‘Desert Dove’ is an achingly beautiful collection, with songs that frequently find themselves balancing optimism and fatalism in the very same breath. There’s an undercurrent of yearning in Michaela’s music (the melancholy “Be Easy,” for instance, chases a peace of mind that never comes, while the breezy “Child Of The Wind” longs for connection and permanence in the face of perpetual itinerancy), as well as a fiercely feminine perspective that’s assured in its power and unapologetic in its candor. The prostitute of the title track challenges the traditional perception of women as a source of comfort and service for men (“You love them all the way they want and they need / But tell me who does your heart wish to please?” she asks), and the spirited “If I Wanted Your Opinion” offers up an all-purpose response to gendered condescension.
Michaela first began garnering national attention with the 2014 release of ‘Ease My Mind,’ an old-school collection hailed by The New York Times for its “plain-spoken songs of romantic regret and small-town longing” and named one of the year’s best country albums by The Village Voice. After a move from Brooklyn to Nashville, Michaela followed it up in 2016 with the similarly lauded ‘Bright Lights and the Fame,’ which featured guest appearances by Rodney Crowell and Punch Brother Noam Pikelny. NPR said Michaela “works through weepers and hits the honky-tonks as every great country singer should,” while Rolling Stone compared her to Linda Ronstadt and Emmylou Harris, and Vice Noisey praised her as the antidote to commercial pop country, calling her “our saving grace, our angel, the person who will help usher us into a new age.” Songs from the record landed on high profile Spotify playlists as well as the HBO series ‘Divorce,’ and the album earned Michaela slots at Bristol Rhythm & Roots, Merlefest, and both the US and UK iterations of AmericanaFest, along with a seemingly endless series of dates across the States and Europe with the likes of Mandolin Orange, Courtney Marie Andrews, Joe Pug, Ron Pope, and Sam Outlaw.
Since the release of Desert Dove on Yep Roc Records in September 2019, the critical acclaim has continued. The album has received national praise from a multitude of outlets that include Billboard, Rolling Stone Country, NPR, Paste Magazine, Wide Open Country, Brooklyn Vegan, Albumism, Associated Press, No Depression, The Bluegrass Situation and The Boot. Regionally, Michaela has appeared in print in Nashville Scene and Nashville Lifestyles, who commented that, “The classic country-style songs sound as if they’re being sung from an expansive cave or a massive honky tonk… the effect is a group of acoustic songs with the brevity of country songwriting and the capricious intensity of indie rock.” The fall of 2019 saw Michaela’s debut on Mountain Stage while Philadelphia’s WXPN named her their Artist of the Month. Desert Dove has been appearing on multiple end of year lists including Albumism’s top 50 best albums of 2019 as well as both Stereogum and Rolling Stone Country’s top 10 best Country & Americana albums of 2019. Rolling Stone Country described the album as “a textured portrayal of turmoil and restlessness set to a mix of West Coast-country, atmospheric indie-rock indebted reverb and plaintive folk-pop.” while Stereogum considered Michaela as “hard to pigeonhole” with “a perspective so uniquely her own on Desert Dove, an album that paints a story of a life lived on her own terms.” They summed it up even more concisely, saying Michaela and the album were simply “impossible to forget.” 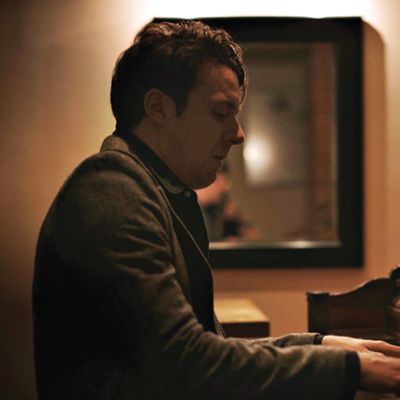