Jim White and Marisa Anderson share an
abounding appetite for musical exploration. White, as a member of Venom P Stinger, Dirty Three, and Xylouris White, is well known for his creative and idiosyncratic drumming. His singular abilities have also led to collaborations with Cat Power, PJ Harvey, and Bill Callahan among others. Anderson’s prolific output as a solo performer, her mastery of traditional folk and blues forms and her abilities to make them entirely her own has established her as one of the most exciting and forward-thinking guitarists of the last decade. White and Anderson’s considerable technical skills are used in the most inventive and unconventional
manner on their debut duo recording, The Quickening. The duo’s friendship and shared
explorative nature inform these warm and daring improvisations. The Quickening’s remarkable performances take the listener on a journey of exuberant discovery.

White and Anderson are instrumentalists whose voices are unmistakable and spellbindingly
lyrical. Anderson unravels guitar traditions from across the globe into atmospheres all their own
through improvisations and melodic lines that transform with each iteration. White implements an array of sticks, brushes, and techniques that imbue each rhythmic passage with its own distinct personality. Together their melodic flourishes cascade and twist upon one another, at times trading conversational exchanges, and at others drifting in unison as if lost in the same train of thought. Ecstatic pieces like “Gathering” and “The Other Christmas Song” harken back to Anderson’s playing with the improv-heavy Evolutionary Jass Band and carry with them a sense of perpetual
motion. That feeling of urgency and maximalism is in turn contrasted by the open spaces and quiet subtleties of “Unwritten” and “Diver”.

The idea of a collaboration developed while on the road together in 2015, Anderson playing solo and White playing with Xylouris White. The Quickening began at the Portland studio Type Foundry in late 2018, where the duo initially agreed to meet and improvise and record. Happy with the recordings, the duo headed to Mexico City and into Estudios Noviembres, a time capsule of a studio from the 70’s that had been largely closed before some young engineers took it over. The “slight disorientation” of working in less familiar environments mirrored their willingness
to plunge headfirst into exploring new sonic territory together. Anderson purchased a new nylon string Ramos-Castillo guitar from a Mexican luthier just ahead of recording which leant to the spontaneity of “The Lucky” and “The Quickening”. The duo did not rehearse or perform together prior to the recording sessions; as White puts it, “it’s good to suspend disbelief at this stage of playing.”

﻿The Quickening is an improvised work guided by emotional intuition and executed by players whose mastery of their instruments is undeniable. The elegance of Jim White and Marisa Anderson’s highly attuned collaboration lays in each player’s ability to empathetically spin their collective experience into music of potent and boundless beauty. 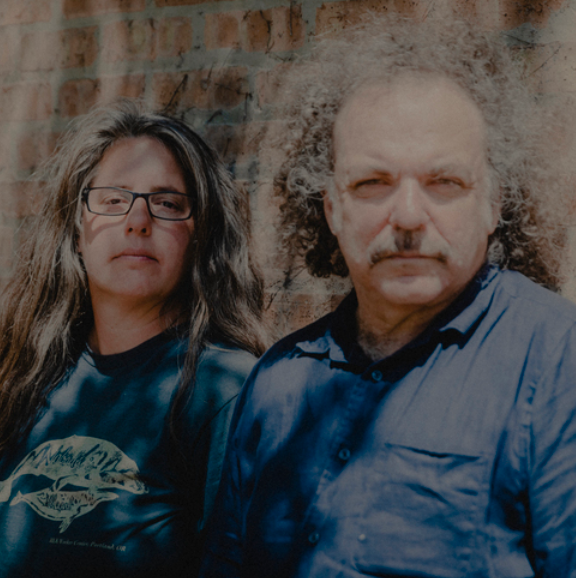