It takes a unique talent to create a sound that is timely yet comfortably familiar. Toronto’s Jesse Gold manages to seamlessly blend R&B and pop, resulting in a sound that pays homage to an eclectic mix of long-time inspirations (Craig David, Lauryn Hill, John Mayer) and progressive contemporaries (Lucky Daye, Tom Misch, H.E.R.). Gold’s sophomore EP Stupid Hours arrived this May, a sonic tribute to the ‘stupid hours’ he puts into his music and artistic growth. Lyrically, the project touches on the importance of a tight-knit crew (“We Good”), the vulnerability of sharing growing pains (“R.I.P.”), and the struggle of finding connection through it all (“Sugar Island”). The project’s release sees Gold pass the 5M+ global stream mark across his catalog. Within its first week, Stupid Hours made waves both domestically and internationally via a front-page feature in the Toronto Star and write-up on Billboard.
Instagram
TikTok
YouTube
Facebook
Twitter
Sol Liebeskind

Argentinean born artist Sol Liebeskind has started her musical journey in 2009. She remains to be one of the most influential artists in the Jazz/ Soul scene in Buenos Aires, having participated multiple times at the Buenos Aires International Jazz Festival (2011, 2014, 2015); been an artist in residence at the prestigious Jazz Club Thelonious, having played dozens of shows in the past 10 years; she has released 3 albums as a solo artist (Soul Life Music Love in 2011, Building Bridges in 2016, and Love Child in 2019); and has also performed at some of the most important music venues in Buenos Aires such as Usina del Arte, Teatro San Martin, Anfiteatro Parque Centenario, among many others.

​In 2015 she moved to New York City where she currently resides. There, in 2019 she recorded her latest album and has performed in New York countless times during the past 5 years at prestigious venues such as : Carnegie Hall, Brooklyn Bowl, National Sawdust, Trinity Hip Hop Festival, to name a few. She has also collaborated with artists such as Emanero (Argentina), Tomi Morano (Argentina), Bocafloja (Mexico) and Hache ST (EEUU) and has played shows in cities around the world such as London, Paris and San Francisco. 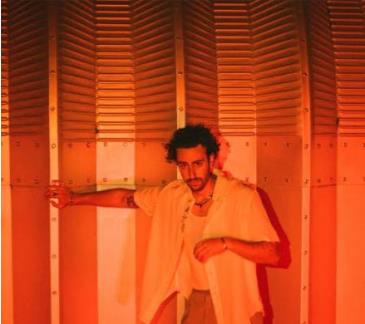