Processing...
Tickets
Tickets will be available at the door for $15

From Mitcham, England, artist Geshie’s ferociously independent approach to her music has given the singer songwriter an ingenious coolness that shines through in her captivating vocals and unvarnished music. Having developed her sound in the suburbs of Cypress, Texas; Her various influences from Amy Winehouse, Billie Holiday to Etta James gave her the singular vision as to how pain can transmuted into something beautiful as music. Geshie has caught the ears of a community of music lovers with her authentic storytelling and raw beautiful voice. This multifaceted creative upbringing mixed with Geshie’s natural desire to travel created an artist who is definitely one to watch out for.

Annie O'Malley has been singing since she was able to speak, and writing since age 8. Starting off on a guitar covered in stickers and her parents writing the lyrics before she was able to, music is a part of who she is. Singing and songwriting has been the biggest part of her life since the very beginning. Paying from baseball game national anthems to begging to play on stage at restaurants, she has put her 10,000 hours in. Annie believes being honest about emotions and being transparent about self help is an extremely important key to living a full life. Growing up in a household that encouraged conversations about feelings and struggles she continues to do so in her music today. annie was put on this earth to make a change in something greater than herself, and music has blessed her with the opportunity to do so. "I consider my music to be a small percentage of the stories, thoughts, and ideas that circulate through my head on a daily basis, and I want the listener to feel like we are having a meaningful one on one conversation while listening", annie says. Follow annies journey to see what projects, videos, and shows are in her future.

After touring with the band Chicago as their opener, for 16 shows, she dove into the studio with 3 Doors Down producer Johnny Karkazis. Her ep "Golden" came out in 2020, with seven tracks all written by Annie herself. The topics range from letting go a past turmoil in "Island" and "Planet Golden", to going through phases of wanting to rebel in "Mrs. Nice", even songs that make you feel instant peace like  "Golden Doves". Since the release of "golden" she has been playing shows and releasing videos to match her positive and hopeful lyrics. Annie played at places like Hotel Cafe in Los Angeles, CA and the Mercury Lounge in New York.

Jeremiah James is an upcoming singer/songwriter. He was born in Texas, raised in Colorado and currently resides in Southern California where he made the life-changing decision to resign from an engineering position and chase a career as an artist. He burst onto the scene with a single called Castaway in April of 2021, only six months after quitting his corporate job. It’s a great single to represent his potential as an artist, showcasing his chill musical style, emotionally expressive lyricism and storytelling style. He has several upcoming projects in the works and is adamant that each project shows the strides he is taking to improve his artistry. 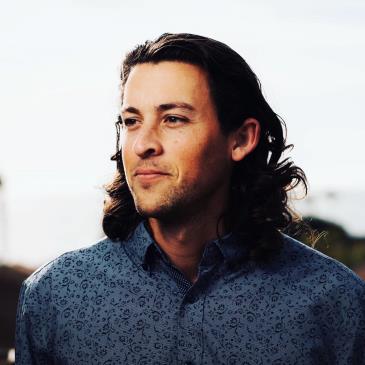