TICKETS ARE SOLD OUT. PLEASE JOIN THE WAITING LIST. IF MORE TICKETS BECOME AVAILABLE, YOU WILL BE NOTIFIED.

Jensen McRae is a “wordgirl”. “Everything I do is about, and in service of, words and stories”, explains the 24-year-old LA Native. As a bi- racial, black and Jewish woman growing up in predominantly white spaces, McRae’s music explores all aspects of identity from race and gender to issues of depression and unrequited love. Inspired by the likes of Stevie Wonder, Carole King, Alicia Keys, and James Taylor, McRae started her musical journey writing in her bedroom, to then playing the local songwriting circuit in Los Angeles. Attending Grammy Camp as a high schooler, McRae received a full-ride scholarship to USC Thornton School of Music where she graduated with a bachelor’s degree in Popular Music in 2019. While finishing her senior year, her unique voice and songwriting caught the attention of her now- manager, who connected the young artist with Grammy award-winning producer Rahki (Eminem, Kendrick Lamar). The two were in the studio weekly working on her debut album. In late 2019, she went on to release her first single, “White Boy,” recounting her struggles with racial microaggressions. The following year she released “Wolves,” a stripped-down song that weaves together vivid vignettes about sexual assault. In early 2021, McRae took to Twitter to post a short video clip performing “a preemptive cover” of a song inspired by Phoebe Bridgers that acquired over 2.5 M views and even caught the attention of Bridgers herself. Due to the wide attention and praise, the short clip was later released as a single titled “Immune”. She has earned praise from Wonderland, Vulture, Fader, was named NPR Slingshot's 2021 Artists To Watch, and KCRW’s favorite new artists of 2020 and is just getting started. McRae released her debut album “Are You Happy Now?” on March 22, 2022, which landed at #1 on the iTunes Singer- Songwriter chart and peaked at #50 on iTunes All Genres Chart.

Sophia James blends sounds of folk, pop, and jazz with reflective, thought provoking lyrics in her unique style of songwriting. Freshly graduated from UCLA with a degree in jazz, Sophia is making and performing music that she hopes will help people think, feel, and ultimately heal. 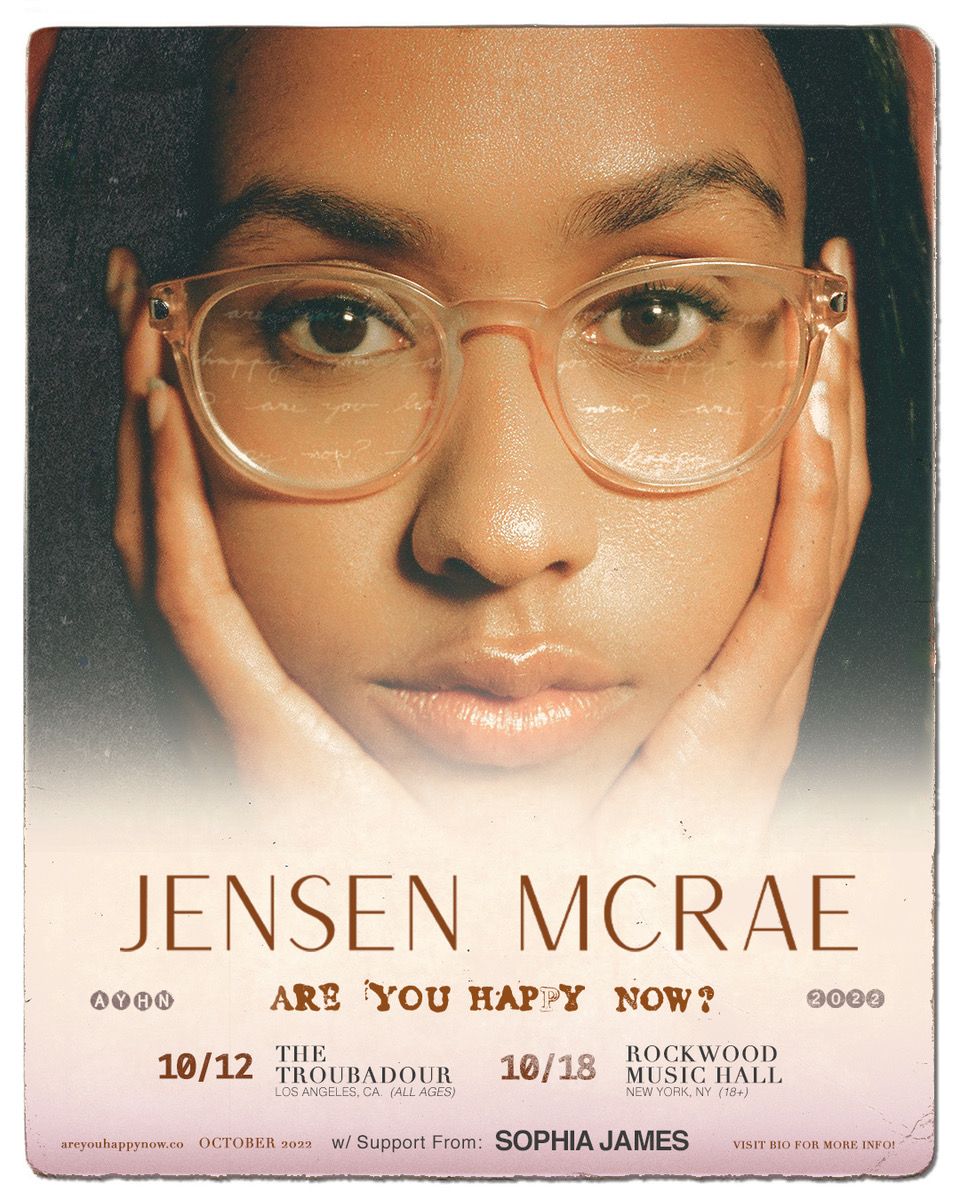