“As a performer, Jeffrey Foucault has that enviable mix of great, unexpected songs and a warm and rugged stage presence that makes you feel alive and in awe all at once…’Salt as Wolves’ [is] his most satisfying record to date…it’s the record of a craftsman at the height of his powers.” —No Depression

“Pure songwriter… his songs are simple and powerful.” —NPR

BLOOD BROTHERS, the much-anticipated follow-up to Jeffrey Foucault’s critically acclaimed 2015 album Salt As Wolves (“Immaculately tailored… Sometimes his songs run right up to the edge of the grandiose and hold still, and that’s when he’s best… Close to perfection” – New York Times; “Pure Songwriter, simple and powerful” – Morning Edition, NPR) is a collection of reveries, interlacing memory with the present tense to examine the indelible connections of love across time and distance. The poet Wallace Stevens wrote that technique is the proof of seriousness, and from the first suspended chord of ‘Dishes’ – a waltzing hymn to the quotidian details of life, which are life itself (‘Do the dishes With the windows open’) – Foucault deftly cuts the template for the album as a whole, showing his mastery of technique as he unwinds a deeply patient collection of songs at the borderlands of memory and desire.

In two decades on the road Jeffrey Foucault has become one of the most distinctive voices in American music, refining a sound instantly recognizable for its simplicity and emotional power, a decidedly Midwestern amalgam of blues, country, rock’n’roll, and folk. He’s built a brick-and-mortar international touring career on multiple studio albums, countless miles, and general critical acclaim, being lauded for “Stark, literate songs that are as wide open as the landscape of his native Midwest” (The New Yorker), and described as “Quietly brilliant” (The Irish Times), while catching the ear of everyone from Van Dyke Parks to Greil Marcus, to Don Henley, who regularly covers Foucault in his live set. BLOOD BROTHERS is the sixth collection of original songs in a career remarkable for an unrelenting dedication to craft, and independence from trend.

David Jacobs-Strain is a fierce slide guitar player, and a song poet from Oregon.  He’s known for both his virtuosity and spirit of emotional abandon; his live show moves from humorous, subversive blues, to delicate balladry, and then swings back to swampy rock and roll.  It’s a range that ties Jacobs-Strain to his own generation and to guitar-slinger troubadours like Robert Johnson and Jackson Browne.  “I try to make art that you can dance to, but I love that darker place, where in my mind,  Skip James, Nick Drake, and maybe Elliot Smith blur together.”

David Jacobs-Strain has appeared at festivals from British Columbia to Australia, including Merlefest, Telluride Blues Festival, Philadelphia Folk Festival, Hardly Strictly, Bumbershoot, and Blues to Bop in Switzerland.  He’s taught at Jorma Kaukonen’s Fur Peace Ranch, and at fifteen years old was on the faculty at Centrum’s Blues and Heritage workshop.

Bob Beach is a master harmonica player, flute player, songwriter and singer. Bob has performed for years with many musicians and is the harp player of choice on the east coast and beyond. Bob met David in 2002. Their live show moves from humorous, subversive blues, to delicate balladry, and then swings back to swampy rock and roll. 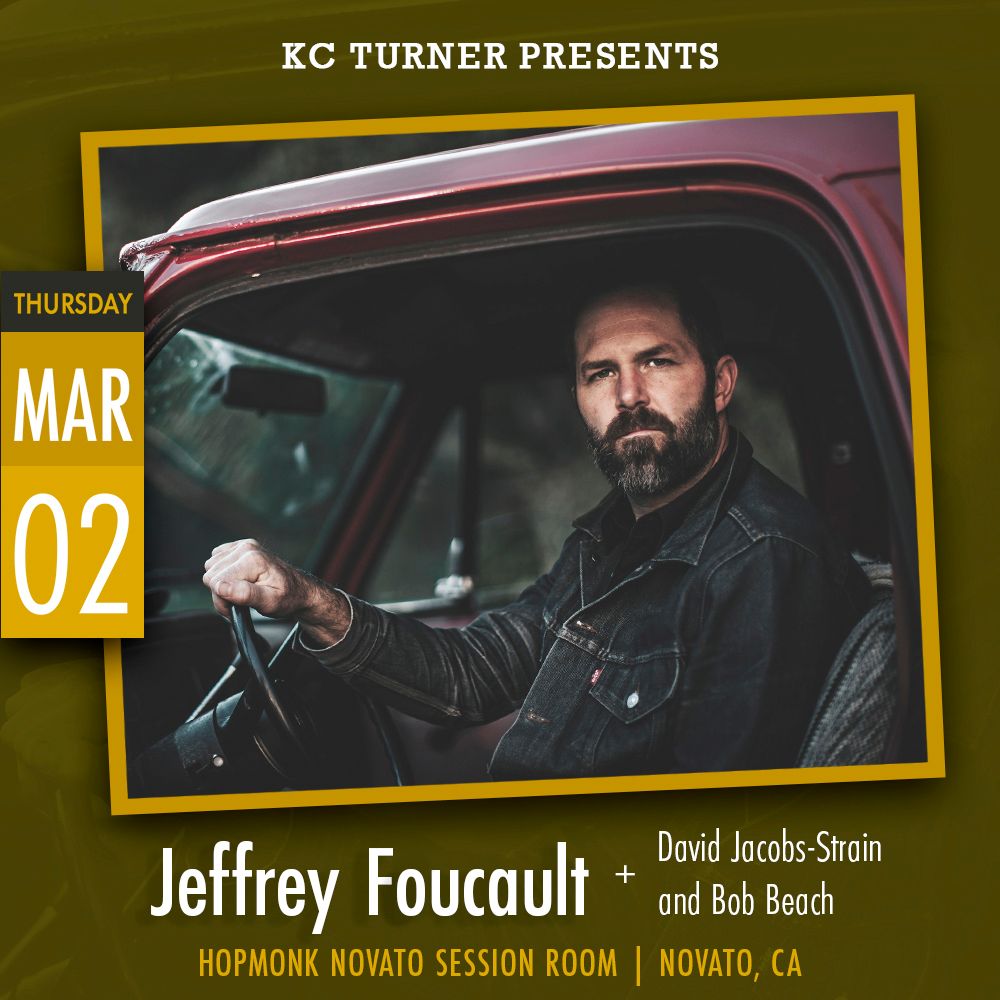