His debut E.P. “Enjoy The View” was named AOLMusic’s album of the week alongside R.E.M. and Hans Zimmer and was also on the soundtrack for MTV's "Teen Mom 2." Jeff's music has taken him to five continents, as well as such notable NYC venues as Hammerstein Ballroom and City Winery, to balconies on the streets New York City where Jeff inspires and uplifts all who listen during the pandemic. The story of his quarantine balcony concerts was featured on CBS and NBC in 2020.

Jordan Siwek is a singer-songwriter and pianist born and raised in NYC. Jordan’s critically acclaimed debut album, Sun Inside You, won a Global Music Award and was ranked #6 in the LA Music Critic's Forty Best Albums of 2018. Jordan was also the recipient of the 2018 LA Music Critic Award for Best Pop Artist. Jordan’s songwriting focuses on hopeful themes and turning darkness into light.
Jordan recently became a TikTok influencer, with over 400k followers. His account, @pianojordan, has piano karaoke videos that thousands of people from all over the world sing along with. In 1997, at the age of 10, Jordan performed in the Broadway Cast of Les Miserables. As a child actor, Jordan has also performed on SNL, Conan, and at Carnegie Hall. He is excited to return to Rockwood Music Hall!

Heralded as a “golden-voiced troubadour” and one of the “32 N.J. bands and artists you need to hear in 2022” by NJ.com, Rory D'Lasnow's unique contemplative sound has propelled him on to perform at some of the nation’s most distinguished venues and festivals from Mercury Lounge and Rockwood Music Hall in New York, Hotel Cafe and The Viper Room in Los Angeles, and The Atlantic City Beer & Music Festival in his home state of New Jersey.
His penchant for evocative and vulnerable storytelling has earned him international radio airplay, opening slots for The Early November, Knuckle Puck, American Idol Winner Lee DeWyze, Actor/Musician Drake Bell, and John Corabi of Mötley Crüe/The Dead Daisies, and has garnered praise from the likes of American Songwriter, Atwood Magazine, and Rolling Stone India.


This year, Rory is touring nationally in support of his new EP, entitled “Songs From An Empty Room” which was produced by Hidden In Plain View guitarist/producer Rob Freeman (Gym Class Heroes, Armor For Sleep, Cobra Starship, Hit The Lights), mastered by Grammy nominated mastering engineer Mike Kalajian (All Time Low, Circa Survive, Saosin, Straylight Run), and is available on all streaming platforms now. 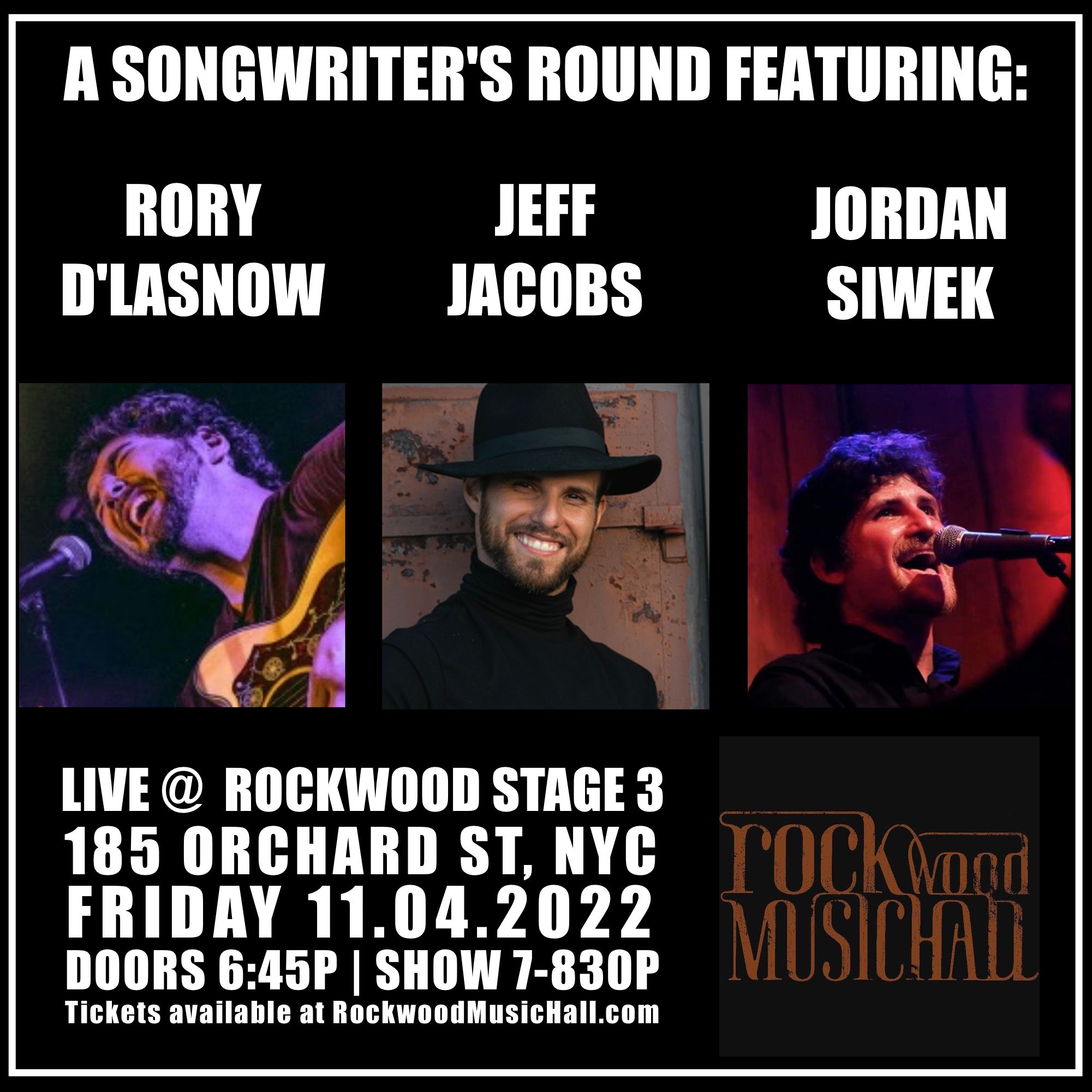