JANN KLOSE is an award-winning pop singer-songwriter, who has released six albums and two EPs. Klose was raised in Kenya, South Africa, Germany and the United States. His single "Love You the Most" is part of the soundtrack for the movie "Married Young" (Amazon) and has been streamed over 3 million times. The song peaked at #49 on the Mediabase Top 40 radio charts in the U.S. His latest single "Pilot Light" passed 1 million views on YouTube in just one month. Jann is an ambassador for Desmond Tutu's TutuDesk campaign and Brick by Brick Uganda. He is the singing voice of Tim Buckley in the movie "Greetings from Tim Buckley" (Universal). His songs have been heard on the Grammy® nominated "Healthy Food For Thought" compilation, charted in the Billboard Top 10 compilation "Action Moves People United" as well as MTV Cribs and movies "Dead Broke" (Warner Bros) featuring Paul Sorvino and “One Little Finger” alongside Quincy Jones, Siedah Garrett and Julian Lennon. He has performed as an actor and singer in touring companies of Broadway musicals, including "Jesus Christ Superstar," "Jekyll and Hyde," and "The Who's Tommy" as well as made for TV movies, voice overs and commercials.

It was in Vermont's rural backcountry — the woods, mountains, and fields that surround his family's organic farm — that Kris Gruen began writing his fifth studio album, Welcome Farewell.

"I felt like a naturalist," says the alt-folk songwriter, who had spent much of the previous decade on the road, strumming his songs to crowds on both sides of the Atlantic. "For a traveling musician, it can be rare to choose a place in the world where you can put down your roots in the most concrete of ways. I now have a genuine, physical commitment to home — to the farm that my family built from scratch, where my wife grows Brussels sprouts and my grandmother is buried. It was while hiking in the nearby woods — not away from home, but just on the outskirts of it — that I found the reflection needed to write about the place I was in. When you remove yourself from your daily life, you can write about that daily life more genuinely."

Welcome Farewell finds Kris Gruen spinning autobiographical stories of family, community, and the great outdoors. It's a memoir of sorts, filled with names, places, and other details sourced from his own experience. Gruen has always been a storyteller, but he's rarely been this personal before. The central characters who occupy Welcome Farewell's songs are real people — including his late grandmother, whose influence is honored with tracks like "Apple Tree" and the cinematically-arranged "Skyline Drive," to his wife, who invites her husband to join her in the fields during "When She Says" — and they lend an earnestness to an album laced with acoustic guitar, swooning pedal steel, and other organic touches. Produced by longtime collaborator Charles Newman (Magnetic Fields, The Bones of J.R. Jones, Kate Vargas), Welcome Farewell does more than evoke the white pine forests, stream beds, and family relationships that punctuate Gruen's existence in Vermont. A cover of Johnny Thunders' "You Can't Put Your Arms Around a Memory" — slowed down and reborn as a gorgeous piano ballad — nods to a childhood spent bouncing between his Greenwich Village home and the punk clubs of New York City, where his father worked as a legendary rock & roll photographer.

For years, Kris Gruen's concerts have typically found him performing alone, relying on nothing but his vocals and acoustic guitar. Welcome Farewell honors that foundation, anchoring itself firmly in the raw, rootsy appeal of his stripped-down stage show. At the same time, the album also makes room for an amplified band of instrumentalists who add twang and texture — the horns and hand percussion that evoke a New Mexican landscape in "The Painter"; the electric guitar that adds barn-burning dynamics to the chorus of "Nothing in the World"; the brushed percussion and gauzy keyboards that channel the laidback lilt of Sunday morning on "Apple Tree" — to songs that Gruen wrote alone. The result is an album that's both intimately conceived and collaboratively presented, a fitting combination for songs that take stock of Gruen's place within his family, his town, and the wider world.

"There's a real 'band sound' on this record," says Gruen, who tapped friends like drummer Randy Schrager (Scissor Sisters, Jesse Malin), Rob Morse (Anais Mitchell, Hadestown), and solo artist Michael Flynn (Slowrunner) to join him in the recording studio. "I wanted to build the orchestration around the starting point of me being an acoustic singer/songwriter, but I also wanted to leave breathing room for the band. The instrumentalists aren't just supporting a lyric — they're playing to the message and the sentiment of each tune. They're speaking back to the storyline."

Guest list notwithstanding, Welcome Farewell is one of Gruen's most personal records to date, featuring a rural sound that's reflective of his small-town existence and worldly perspective. Influenced by the overlapping worlds of folk, Americana, northern country, and roots-rock, it's a musical homecoming — the sound of a touring musician seeing his home through new eyes and sharply-written songs. Kris has shared the stage with the likes of The Avett Brothers, Anais Mitchell, Billy Joe Armstrong,  Sean Lennon, Alejandro Escovedo, Jesse Malin and Craig Finn, and is embarking on a two week UK tour this fall supporting Jesse Malin. 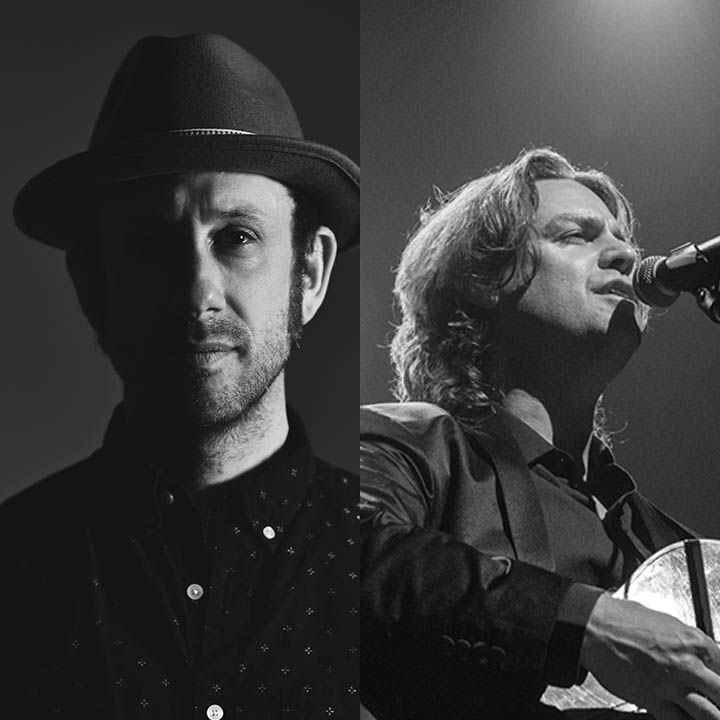