Jacquees (Twitter | Facebook) was born on April 15, 1994 in Atlanta, GA. He found his passion for both singing and dancing at the age of 9 with influences from The Jackson’s: An American Dream and The Temptations movies; imitating no less than the greatest.

In August 2011, he released his first mixtape ‘Round of Applause‘ hosted by DJ Spinz. On March 25, 2014, Jacquees released his EP "19" independently, and it reached #3 on the iTunes R&B Soul charts, and debuted at #15 on the Billboard charts for R&B Albums. The 11 track EP featured Chris Brown, Rich Homie Quan, Lloyd, and Trinidad James. In November 2015 Jacquees announced via social media that he is ready to release a new album with Cash Money Records. 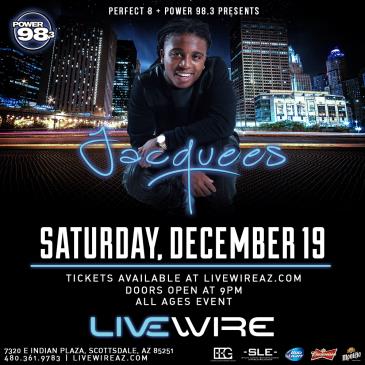