Jackie “The Joke Man” Martling is a comedian, radio personality, actor, author and singer/songwriter. For eighteen years (1983-2001) he was Head Writer and a cast member on radio & television's Howard Stern Show. His autobiography, “The Joke Man: Bow To Stern,” was released October 2017 & for a daily joke at 4:20pm you can follow him on Twitter, @JackieMartling.

Peter Bales has appeared as a stand-up comedian at countless comedy clubs, corporate functions, and colleges across the country and has appeared on a variety of networks including Comedy Central, Lifetime, MTV, VH-1, FOX, A&E, and SiriusXM. For over 20 years, he has taught stand-up comedy to new comedians at “Stand-Up University” at The Brokerage Comedy Club on Long Island. 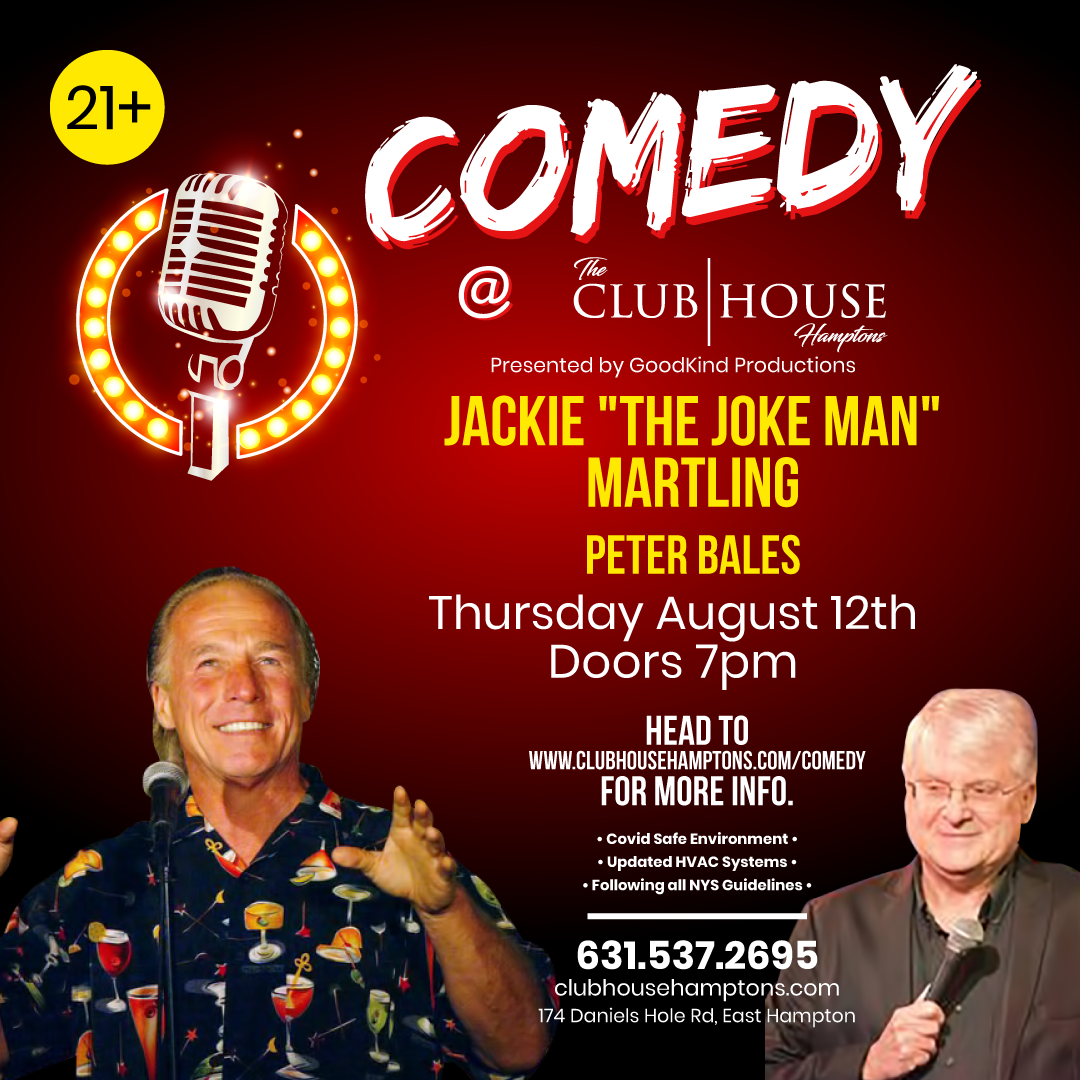