“Just being in motion and seeing the scenery is stirring… it quickens certain emotions and brings things to light that maybe you weren’t thinking about in your day to day. It’s like hearing your own heartbeat.”

For Portland songwriter J. Nicolás, the open road isn’t the fast-paced, monotonous tapestry seen so often in the road-weary artist. Instead, it is a quiet place, a deliberate place, one that offers Nicolás the space to understand himself and his world around him with clarity. Wild Oak, which he wrote largely while behind the steering wheel, feels like late night driving: an effortless Folk-Americana soundtrack for the final hours of a day. Laden with rich harmonies and a band that carries along the intuitive lyrics with ease, the record holds a sense of peace even while navigating the memory of heartbreak, echoing Nicolás’ own healing process.

Nicolás spent much of the last two decades playing in bands in Portland, OR, and touring across the country with various projects before recording his debut full-length Wild Oak in the early part of 2021. The record was tracked to one inch tape at Singing Sands in Portland and Capricorn Studios in San Diego, CA, and features Sydney Nash on piano and keys, Allen Hunter (The Eels) on bass, Joe Mengis (The Eels) on drums, Steely Pete on pedal steel, and Ezza Rose on harmonies. It was engineered and mixed by Tobias Berblinger and mastered by Amy Dragon at Telegraph Mastering.

Los Angeles based indie-rock band Orion Shoals have recently released their latest intense track, Time and Space. This raw and authentic duo have already crafted three unforgettable singles, including the predecessors Alone and I Still Try  Refusing to be contained within the limits of one genre or another, Orion Shoals are breathing fresh new life into the Americana scene. Incorporating their own distinct indie-rock stylings into their sound, the transformative Time and Space already setting them out from the crowd. With rich vocals, progressive instrumentation and delicate synths, this timeless anthem will captivate the heart of all its listeners. Consisting of multi-instrumentalist and vocalist Joe Olney and producer Floyd Kellogg, bassist in Andy Frasco & the U.N. Taking their inspiration from a range of artists, including Father John Misty , Lord Huron and The War On Drugs , this talented team are hoping to convey their own eccentricities within the boundaries of their sonic creations.

Between the two of them, Megan and Shane Baskerville have played just about every kind of American music you can imagine. Born in Wisconsin and based in the Southwest—with a lot of rambling in between—they’re veterans of punk scenes, bluegrass circuits, ska bands, even hip-hop acts, all of which informs their work with the School of Rock franchises they operate in Arizona. But nearest and dearest to their hearts is country music, which allows them a unique opportunity to meld all these disparate interests, and to air their darkest secrets. Defined by Megan’s force-of-nature vocals and Shane’s inventive guitar playing, their full-length debut, Daughter of Country, is a memoir set to music, every word the God’s honest truth, as the husband-wife duo re-create the sounds pioneered by their heroes, while putting their own personal spin on the genre.
https://www.meganandshanemusic.com/
https://www.facebook.com/MeganandShaneMusic
https://www.instagram.com/meganandshaneband/

Lemmy’s Child is a rock band who brought their classic rock and mysticism around the West Coast.

The group consists of Elin Wolf (vocals, guitar, violin) and Morgan MacLean (guitar, electric guitar, vocals), Dennis D'angelo (Guitars), Caio Moskalkoff (Drums) and Luis Portuga (Bass) Born from the ashes of the ancient South of Italy and the Northern winds of Sweden, the band began composing together in LA during the early stages of the global pandemic. Mystic ballads with psychedelic influences and Cobain like melancholia. 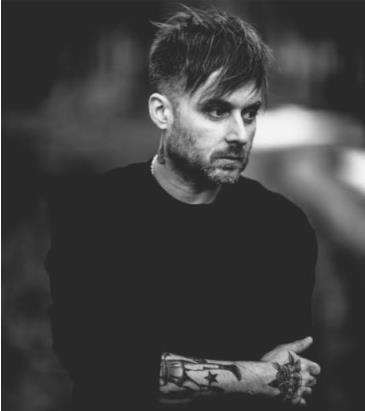