Israel Portnoy is an artist, singer-songwriter, multi-instrumentalist, producer, and a “once-a-year-Cantor” hailing from Manchester, UK, and currently residing in the land of his namesake. The son of a musician-turned-Rabbi, Israel grew up singing in the synagogue from a young age. Simultaneously, courtesy of BBC Radio 2, Portnoy discovered the Beatles, Clapton, and Steely Dan, channeled today through his original music and eclectic sound. After two albums as half of “The Portnoy Brothers,” which included a collaboration with Alex Clare, a stint as Idan Raichel’s support act, and an impressive number of international performances, Israel’s focus shifted to several solo projects. His first, a concept album named “Facing Flames feat. Guilda,” was released on May 23, 2021, and commemorates the first anniversary of a forest fire that destroyed everything he owned in a village in central Israel where Portnoy lived at the time. Within hours, the fire obliterated his entire musical instrument collection, countless books of lyrics, journals, poetry, and recorded music. The only thing left was “Guilda” - his vintage 1963 12-string guitar, which he had left his house earlier that day. Having lost so much, “Guilda” eventually became his well-needed pivot to reconnect him back with the world and inspire him to write once again. 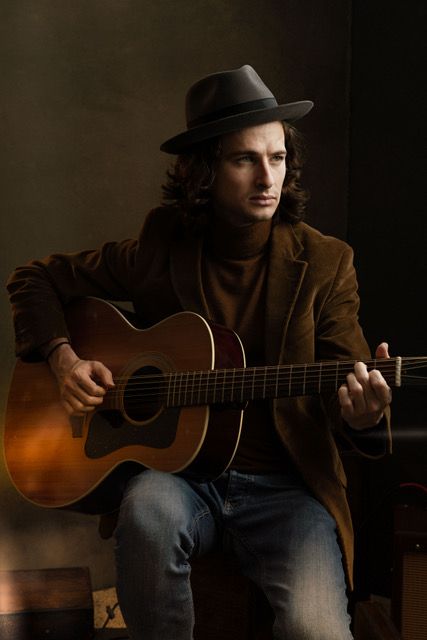