Indigo was born in the belly of Sydney, Australia straight into the heart of a family with music in their bones. Her parents, a jazz singer and a musician, named her after the Duke Ellington song "Mood Indigo," and her childhood was spent serenaded by a rich soundtrack of Joni Mitchell and Neil Young. From a young age Indigo felt called to the stage, attending a performing arts high school, and followed it with three years in an acting school, working as an actress before embedding herself and heeding the call to the path of music.

Indigo taught herself to play guitar in her early twenties. Over the next few years, she established herself on the Australian music scene, and released her EP Night Bloom in 2016. Indigo's career continually bloomed, opening for Big Thief on the Australian dates of their 2017/2018 tour, and then was invited to play at South by Southwest 2019. There, NPR's Bob Boilen was first taken by Indigo, writing that her lyrics "both cut hard and comfort" and that her performance "balanced heavy, reverb-drenched verses with moments of airy and acoustic whispers." Sparke began 2020 with a February Tiny Desk Concert at NPR, and had been booked as the opening act for Big Thief's sold-out tour of Australia and New Zealand 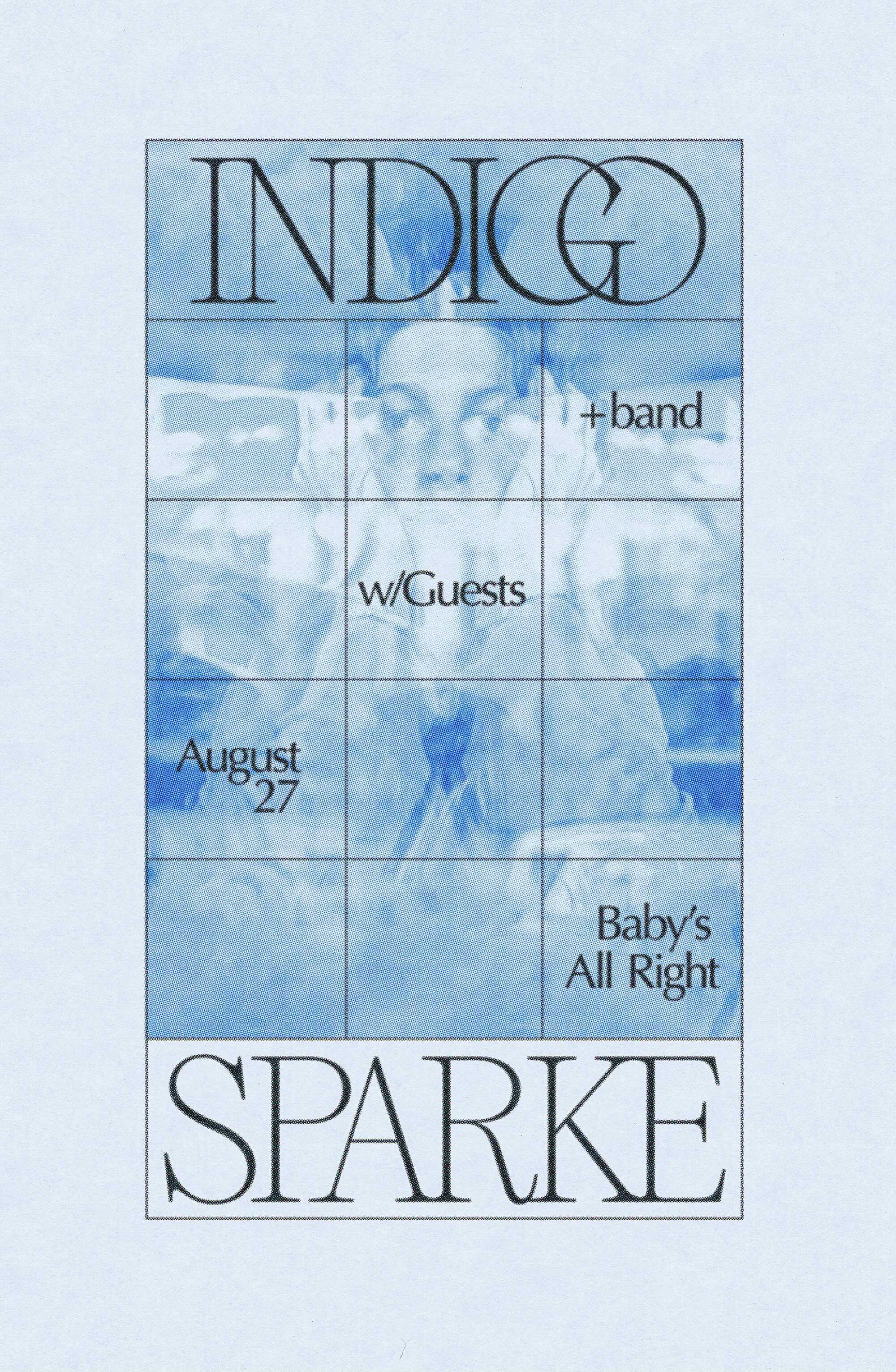