The day-long Summit brings together local arts organizations, artists and community leaders from the Tri-State area that produce and present work inspired by cultures from abroad.

Participants -- a mix of distinguished and up-and-coming artists and arts groups, cultural leaders, scholars, and authors -- will set goals for artistic collaboration; the sharing of resources, and raising awareness about the impact of culture-from-abroad on America.

Maiya Katherine “An Apology to my Demons”

Issa Musharbash “Go back to your Country”

The Immigration Arts Summit is planned to become an annual sidebar of the Voices International Theatre Festival. 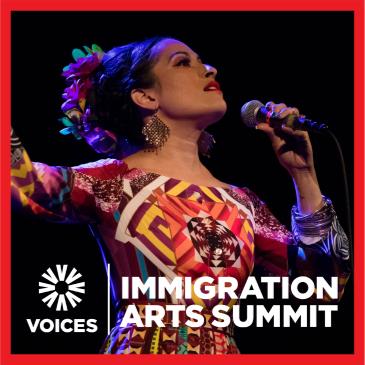 Show Map
View 337 Newark Ave, Jersey City, NJ in a larger map
We use cookies to provide you with the best experience possible. By using See Tickets, you accept our cookie policy.
Accept
ftr1:0