iDIG Music Festival at The RDS and CCD, Dublin, IE

Check out our current press release for the latest information!

Days 1 and 2:  Seminars and Smaller Concerts at the RDS, April 29 and 30,2016
For a detailed description of our April 29th Events:  http://craigstuartgarfinkle.blogspot.ie/2016/03/schedule-of-events-april-29th-rds.html

For a detailed description of our April 30th Events:
http://craigstuartgarfinkle.blogspot.ie/2016/04/idig-2016-schedule-of-events-for-day-2.html
On April 29th and 30th, attendees will gather at the RDS Convention Center for two days of concerts and presentations relating to video game music, video games, and their creation.
Live Music:  Performances on the RDS auditorium stage will feature talents such as "The Triforce Quartet," "The Spooney Bards," and "The Dublin Chamber Ensemble," among others.

These concerts will also present a special "Celtic Link" performance by the "DIT Traditional Irish Music Ensemble," debuting excerpts from the upcoming CD "The Celtic Link; featuring themes from The Legend of Zelda."

The impetus to create "The Celtic Link" was born at the 2015 festival, when the audience themselves, so moved by the DIT Ensemble's performance of the great game music themes, insisted the DIT ensemble needed to be recorded and a CD released.  A successful Kickstarter campaign followed.

Seminars:  The musical performances will be interspersed with numerous seminars designed for aspiring game music creators, performers and fans.  Included will be:

One of the highlights from the seminars of 2015 was the composer "Demo Derby."  For the derby, 15 composers had their music played for the audience and our panel of visiting composers.  Our composers then gave advice and critiqued the composer's work.

In 2015 only an hour was scheduled for this event, but due to the number of composers that wanted to participate but couldn't, this year the Demo Derby will be extended to at least 2 hours.

Scheduled for the evening of April 29th, we will bring back our "Cosball" (cosplay ball) to a local Dublin nightclub where we will give away prizes for the best costumes and play dance remixes of our favorite game music.  7:00 PM, The Opium Rooms

Once again, on May 1st, 7:30 PM, at the Convention Center Dublin, Video Games Live will take the auditorium stage for a very special presentation.

Half orchestral concert, half rock and roll blow out, Video Games Live will perform the great game themes such as Skyrim, Final Fantasy, World of Warcraft Montage, Kingdom Hearts, and more, accompanied by synchronized gameplay images and lights.  A limited number of VIDEO GAMES LIVE ONLY tickets are available.

For this performance, all of our visiting composers will conduct their own works - a rare treat to experience for the game music fan.

In year one of the iDIG festival, during the Video Games Live show, there were a number of World Premier performances.  One of these was the first of its kind, "Crowd Created" version of a game music theme.

Featuring legendary game music performer, "Malukah" (over 60 Million YouTube views), a world wide crowd created orchestra joined forces with Eimear Noone and 134 musicians and singers on stage to perform Eimear Noone's "Malach" from "World of Warcraft, Warlords of Draenor."  The resulting video has since had 76K+ views on YouTube and over 1.5 million views around the world.

Crowd Create the Theme from HALO

For 2016, the iDIG Music Festival has an even greater video challenge planned for their Video Games Live show.  The team is currently attempting to set a Guinness Book of World Record for the most number of individuals to ever contribute to a single music video.

With this goal in mind, for 2016 the festival has chosen to re-create the "Theme from HALO" as their star composition.

On February 3rd, 2016, the approvals came through and now the mad dash has begun to distribute parts and collect videos from musicians around the world.  You can read more about this endeavor, or sign up to participate, at this link:

All tickets are general admission within designated areas, delegated by tiers.  Click the images in the upper left for the approximate outline of tiers.


In April of 2015, the inaugural Dublin International Game Music Festival (iDIG Music Fest) brought some of the most well respected talent in the video game music industry to Dublin for a three day celebration of the art-form.

All of the 2015 attendees have pledged to attend in 2016 (subject to availability), along with some soon to be announced additional guests! 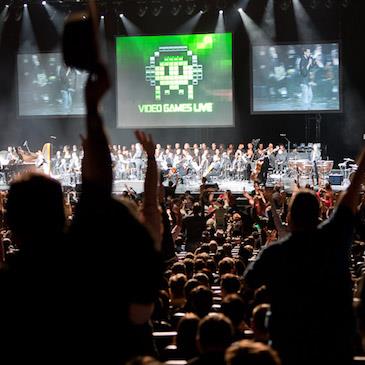 The RDS and CCD, Dublin, IE