He delivered knock-out performances on Sage The Gemini’s platinum single “Gas Pedal” and E-40’s smash single “Function.” He also produced and appeared on LoveRance’s “UP!” single (whose remix featured 50 Cent). Additionally, he has released a string of acclaimed mixtapes that have showcased his musical diversity while helping shape the direction of the modern California music scene.

Now, with his Sincerely Yours, his debut studio album, IamSu! establishes himself as one the best, most innovative rapper-singers making music. “I wanted to call the album that because it’s 100 percent me,” the Richmond, California artist says. “It’s my story. It’s like different entries in a letter throughout the album. I decided to do that in order to give people a real perspective on me and my personality.”

True to his objective, IamSu! packs a wide range of sounds and styles into Sincerely Yours. The laid-back “Girls,” for instance, details his encounters with successful, confident women, while the album’s dramatic title cut tracks his emergence as an artist and the personal strife he endured in his house growing up. Both songs mark IamSu!’s artistic evolution.

“For me, it’s about content, diversifying my sound  and pushing the limits of the ears of people that listen to me,” he says. “They might not be accustomed to hearing me on something like ‘Sincerely Yours.’ I wanted to instantly put that in the atmosphere to set the tone for the album and the level of seriousness of the album.”

IamSu! is also serious about the bond he shares with his crew. A member of the HBK Gang, IamSu! dedicates the chest-thumping “I Love My Squad” to his partners-in-rhyme. “I feel like loyalty and unity are some of the most important characteristics that you could have,” he says. “It’s a testament to having good friends. It’s a celebration of togetherness. I wanted that to be something that kids on teams, or anyone moving as a unit with others, could use as an anthem.”

Given his status as one of the San Francisco Bay Area’s best young artists, IamSu! was able to recruit two of the region’s icons for the braggadocio “T.W.D.Y.” An acronym for “The Whole Damn Yay,” the cut features Too $hort and E-40.

“That’s the first song of my own having E-40 on it as opposed to be featured on one of his songs, or just sampling Too $hort,” IamSu! says. “That’s a big look for me. It just had to be done, paying homage to those people. They’re super legends. I want to be a legend, so I definitely had to pay homage.”

Elsewhere, IamSu! pays homage to Jay Z by reworking some of the Brooklyn rapper’s lyrics from his 2003 song “Moment Of Clarity” on the Sincerely Yours selection “Ascension.” IamSu! did it in order to display his lyrical range. Musically, the song starts off with an airy vibe before evolving into a jazzy direction, both of which are testaments to IamSu!’s musical range.

“A lot of people try to put us in this box that we can only make one type of music and I just wanted to show some diversity, especially with the production on that song. I just felt like it was fitting to talk about the things that I did, to show that I could really rap.”

IamSu! also delivers potent raps on “Only That Real,” a song featuring 2 Chainz and Sage The Gemini. It’s a turn up song that shows longtime IamSu! fans that he’s returning to and expanding upon his signature sound. “This sounds like some of my older stuff that I used to do and I just really wanted to go back to my older sound that I was using on my mixtapes before,” he says.

Before he got to mixtapes, IamSu! launched his music career making beats. He began crafting sonics while in high school and continued while in college. By 2010, he had graduated to both producing and rapping. On July 4 of that year, he released the 15-track Su The Right Thing mixtape, whose title and cover art where inspired by the 1989 Spike Lee film Do The Right Thing.

From there, IamSu! worked on the high profile songs with LoveRance, E-40 and Sage The Gemini, all while building his own brand with a string of well-received mixtapes, 2012’s Kilt and $uzy 6 $peed and 2013’s Million Dollar Afro with Problem and Kilt II, among them. The mixtapes, which had been released for free online, earned such a buzz that they performed well when placed for sale on iTunes. Million Dollar Afro, in particular, earned enough acclaim for IamSu! and Problem to embark upon a 10-city tour to promote the project.

As IamSu! became a prominent producer and rapper, so did his The HBK Gang collective, short for The Heartbreak Gang. Its members also include Sage The Gemini, P-Lo, Skipper, CJ, Rossi, Jay Ant and Kool John. In 2013, the collective released its Gang Forever mixtape, on which IamSu! was a lead creative force.

So when it came time to craft Sincerely Yours, IamSu! had a wealth of experience and a variety of material from which to draw. After all, he had already written and produced hit songs, appeared on records with platinum artists, spearheaded his own creative collective and embarked upon several tours.

“I really wanted to take a mixture of what I’ve done on all my projects,” he says of Sincerely Yours. “In 2012, I had a mixtape Kilt, where I have a lot of super-reflective songs. There weren’t as many dance songs. Then I put out $uzy 6 Speed later that year that was all dance songs, all turn up songs. I just wanted to blend those the best way I could sonically.”

With Sincerely Yours, IamSu! accomplishes his musical mission. 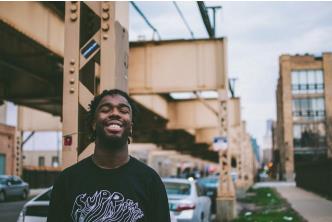