Giving Tuesday has never given THIS MUCH in return! Join us for an epic evening with classically trained, improvisational pianist Holly Bowling and show opener John Kadlecik of Dark Star Orchestra, Further and Melvin Seals & JGB fame. Secure your extra dinner ticket for early entry with a behind the scenes look at this incredible night of music.

Whether behind the piano on a windswept mountainous cliff, at a hallowed venue such as Carnegie Hall, or playing shoulder-to-shoulder with some of the most legendary musicians in history, solo pianist Holly Bowling subverts convention with virtuosic playing, emotional immersion, and a thirst for invention. In 2015, she arrived as an exciting outlier on Distillation Of A Dream: The Music Of Phish Reimagined For Solo Piano. As her profile rose, she delivered Better Left Unsung only a year later. For this triple-LP, she re-arranged iconic moments from the Grateful Dead on her piano. It bowed in the Top 25 of the Billboard Top Classical Albums Chart. She went on to share the stage with everyone from The Dead’s Weir and Phil Lesh to Warren Haynes, John Scofield, Jim James, Branford Marsalis, Don Was, Robert Randolph, Greensky Bluegrass, and more. Along the way, she graced the bills of Lesh’s Terrapin Crossroads and Haynes’s annual Christmas Jam and unveiled the concert recording Live at the Old Church. Simultaneously, she co-founded improvisational rock outfit Ghost Light in 2018. Engaging a faithful audience even in the midst of the “new normal” of 2020, she launched a series of living room livestreams chronicled on the eight-volume Alone Together: The Living Room Sessions highlighted by her innovative re-imaginings of Radiohead, Nine Inch Nails, and many others. Acclaimed by Rolling Stone, Billboard, Relix, and more, she once again flips the script on her 2020 album and second reimagining of Grateful Dead staples entitled Seeking All That’s Still Unsung.

John Kadlecik is a singer, songwriter, and musician based in the DC-area who can play most string instruments, but is primarily known for being a guitar-slinging sideman to Grateful Dead members Phil Lesh and Bob Weir in the band Furthur. An original co-founder of the group Dark Star Orchestra, John has been performing improvisationally-oriented shows regularly since the late 1980's and touring nationally for the last 20 years. His work also includes several studio releases of original music, and he is currently active with Melvin Seals & JGB in addition his own group, The John Kadlecik Band,and a "supergroup," the Golden Gate Wingmen.
FOOD TRUCK: Paper Dragon Foods 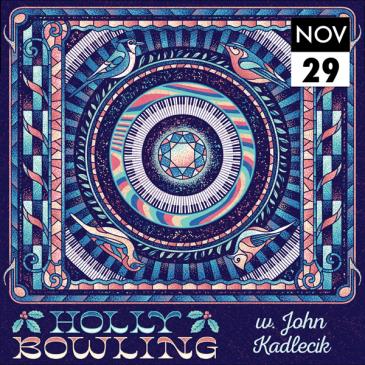