Portland Oregon junkbox blues duo HILLSTOMP is infamous for digging through the dumps and forgotten backwoods of American music, recycling traditional elements into a refreshing and distinctive brand of do-it-yourself hill country blues stomp. North Mississippi trance blues, a bit of Appalachia, and a dash of punkabilly come clanging and tumbling from assorted buckets, cans and BBQ lids, all drenched in rambunctious slide guitar. Somehow it works.


Despite their homemade instruments and novel approach, Hillstomp is no novelty act.


Hillstomp's memorable live performances tap into a magic that cannot be rehearsed, converting outlaws and traditionalists alike from skeptics into preechers. This has been witnessed in most of the 50 states as well as England, Ireland and Italy. Denmark and Ireland, we're coming for you again soon!


After two widely-acclaimed studio albums, the band hopes to capture some of that live energy on a new album titled After Two but Before Five. The album was recorded live recently on two nights in the Northwest.

Danny Barnes is already known as an iconic American musician, a banjo playing innovator who’s earned high praise from everybody from Bill Frisell and Dave Matthews to Steve Martin, who presented Danny with the Prize for Excellence in Banjo in 2015. From the days with his groundbreaking Austin band, the Bad Livers, to his two decade solo career experimenting with electronic music, jazz, old time string band music and more, he’s a genre bending, rule breaking original who prefers to color outside the lines. 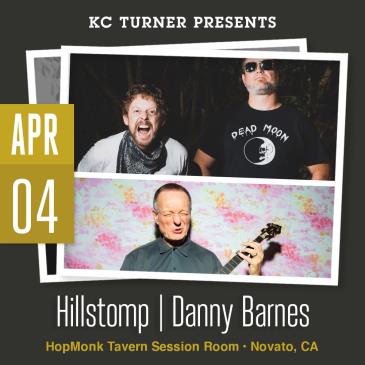