Here Come the Mummies is an eight-piece funk-rock band of 5000 year-old Egyptian Mummies with a one-track mind. Their "Terrifying Funk from Beyond the Grave" is sure to get you into them (and possibly vice versa). Since their discovery HCTM has been direct support for P-Funk, Al Green, Mavis Staples, KC and the Sunshine Band, and Cheap Trick; rocked Super Bowl Village; become a regular on The Bob and Tom Show; played massive festivals like Summer Camp, Common Ground, Voodoo Fest, Musikfest, Suwannee Hulaween, and Riverbend; and sold tickets by the thousands across large swaths of North America. Maybe that’s why the ladies (and some dudes) can’t stop losing their minds over these mayhem-inducing mavens of mirth. Some say they were cursed after deflowering a great Pharaoh’s daughter. Others claim they are reincarnated Grammy-Winning studio musicians. Regardless, HCTM’s mysterious personas, cunning song-craft, and unrelenting live show will bend your brain, and melt your face. Get ready, for Here Come The Mummies.

HCTM “‘KILLED’ it… Not only did they pack their stage - they were the hit of the night when they jumped on stage with moe. in front of 20,000.” - Jay Goldberg, Summer Camp Music Festival

“A band unlike any other.” -examiner.com

YAM YAM formed in late 2015, coming together from playing in an assortment of local bands in central PA. The band is inspired by 1970s soul music, New Orleans roots of jazz music, and modern/vintage funk and jam music. YAM YAM features raw instruments and captures a high-energetic sound.

YAM YAM is Mike Dempsey on keys, Jason Mescia on saxophone, Xander Moppin on bass, Tom Fuller on guitar, and Tyler Fuller on drums. The band released its debut, self-titled album in late 2018 and upon its release, it charted on Billboard Jazz Albums section at No. 17. The band has opened for Lotus, Dopapod, and Keller Williams among others and has been featured in NepaScene, LiveForLiveMusic, TheBurg, and Burg in Focus. The band is currently finishing up its second album, preparing for a release in 2020/2021. 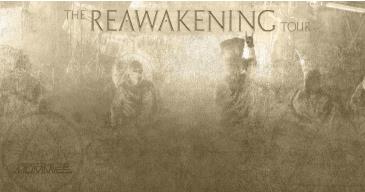