We're All In This Together at LIVEWIRE

Hellyeah (website | facebook) is a heavy metal group formed in the mid-2000s by musicians who had already found success with other bands, which include Pantera, Damageplan, Mudvayne, Buckcherry and more. The supergroup released their self-titled album in 2007 and it peaked at the No. 9 spot on the Billboard 200 chart. They have since released three more albums, the most recent being Blood for Blood. The album reached the top spot on the Billboard Hard Rock Albums chart in 2014.

Doll Skin will also be performing at this concert. 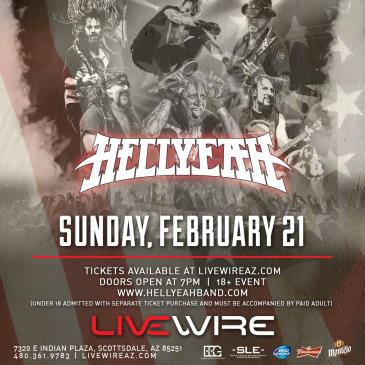