POSTPONED: DETAILS TO COME
Comedian Harrison Greenbaum has been called "the hardest-working man in comedy" and he has the accolades to prove it. Creator, writer, director, producer – we can't wait to partner with Alternative Arts Inc. to bring this powerhouse performer to the Sanctuary stage.
Harrison began performing stand-up comedy while studying psychology and English at Harvard. (His parents were thrilled.) A summa cum laude graduate, Harrison was the co founder of the Harvard College Stand-Up Comic Society (or "Harvard College SUCS," as the group's name is cheekily acronymized), the first organization at Harvard dedicated to the performance and appreciation of stand-up comedy and one still popular on campus today.

Moving from Boston to Manhattan (hello Jews!), Harrison quickly became one of the most in demand comedians in New York, performing in more than 600 shows a year and thus leading both Time Out New York and the NY Daily News to call him "the hardest-working man in comedy." One of Comedy Central's "Comics to Watch," Harrison has also received many awards and honors for his comedy, including the Andy Kaufman Award (2010) for creativity and originality in comedy, the Shorty Award in collaboration with Comedy Central and the New York Comedy Festival for "Best Emerging Comic" (2011), and the Magners Comic Stand-Off (2011). But perhaps the award Harrison is the most proud of is Tannen's Magic Camp "Camper of the Year," which means two things: (1) Harrison went to Magic Camp and (2) Harrison was a virgin until college.

From colleges to comedy clubs, from talk shows to theaters, Harrison is bringing his unique style of comedy to audiences across the country and around the world, proving each night why publications such as the NY Times called him "a favorite young star on the comedy scene" and his mother describes him as "her favorite (and only) son."
DOORS 6:30pm • SHOW 7:30pm
5 Points Music Foundation is recognized 501c3 whose mission is to pursue the power of sound through live events that support access to music therapy, hearing loss advocacy, and accessibility initiatives. Read our story here. 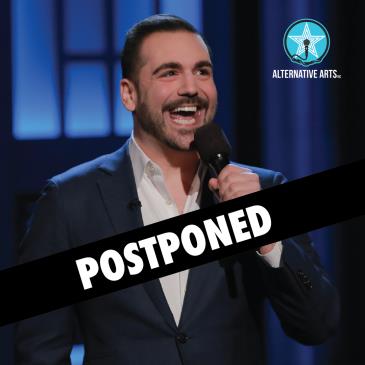 Show Map
View 1217 Maple Ave SW in a larger map
We use cookies to provide you with the best experience possible. By using See Tickets, you accept our cookie policy.
Accept
ftr1:0