Processing...
Tickets
Tickets are available at the door for $12

Hannah Hughes is a singer/songwriter and multi instrumentalist based in Los Angeles. In 2021, she released her debut album ‘Simi’.
Hughes has been playing and writing music for as long as she can remember. She began playing trumpet at the age of 8 years old, which lead her to become professionally trained in both lead and rhythm guitar. Alongside singing and songwriting, Hughes also plays drums and bass.
Hannah Hughes is so excited to be performing her original music at The Mint!
Handsome Karnivore

Handsome Karnivore is a rock band originally from New Jersey as a 3 piece instrumental unit. Playing many shows around the tri-state area and recording their first record, they were ready to move on to broader horizons.
Moving to Los Angeles and adding an additional member, the 4 piece set out to record their second record with all the musical fortitude they could muster. No longer just an instrumental band and playing shows all around the Los Angeles area, they gained a strong following.
After many shows and a lineup change after a few years the band became even bigger in their musical articulation. The band started to record their 3rd record with a 5 piece lineup. About to release their 3rd record "Entities From The Fog" Handsome Karnivore is on the prowl to new heights.
https://open.spotify.com/artist/7iAmIC0J779k9JMendF8eg?si=EDW6P284R7-TD2cokSVFOg&utm_source=copy-link
https://youtube.com/channel/UCsCjn2g5CdtRIbgrJ-LCVzg
IG - @handsome_karnivore

Jimmy Swagg’s transcending energy floods the senses and his passion intoxicates the soul, converting the unbeliever with his rock n roll allure.

Swagg has injected himself into the heart of Los Angeles, CA in one of the most challenging times for rock music. Yet he’s proven that he is the sound vibration for the voiceless rebels hungry for change.

Jimmy quickly became one of the hottest acts in Southern California by headlining and packing clubs like The Whisky A Go-Go, The Viper Room, and State Social House.

Swagg’s live performance is a mix of dark theater and an adrenalized gospel that splashes color in the imagination of some, while shocking others into a shadowy oblivion.

Jimmy has released musical projects that gained him an underground buzz in LA, enabling his recent releases to spread throughout the country and the world! His blend of Spanish and English songs, although unorthodox, continues to move the hearts of those who witness and experience him.

Swagg released several singles in 2021, despite facing many personal tragedies. After almost quitting music, he decided to continue, with the blessing of his late mother, which he recently lost. This new found strength has elevated his artistic expression and is captivating new hearts with a growing audience excited to jump into the deep of his musical universe.

Inspired by his Mexican roots and those artists that came before him, like Selena Quintanilla, Swagg has been pouring his soul into writing music that can connect with a new generation of Latino rockers.

Jimmy is preparing to release his first album, in dedication to his mother, in 2022, that promises to deliver what his short lived solo career has been…a dynamic and roller coaster adventure of darkness, hope, love, and obsession for music. 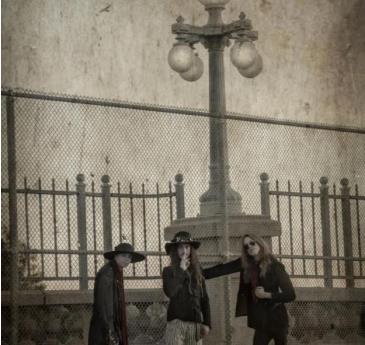