Hailey Whitters was closing in on her first decade in Nashville, that mythologized milestone when artists are supposed to finally start reaping the fruits of their labor. But despite 10 years of hard work, the singer-songwriter still hadn't had her breakout moment and, fed up with pushing the boulder uphill, she took a step back to reassess.

"I hit my 'fuck it' point," says Hailey. I felt like I was watering myself down to try and fit in with what this town was doing, and I was looking for Nashville to define my happiness. When I quit doing that I was able to dig into why I am on this journey in the first place: to create music that I love on my own terms. And that's when I wrote 'Ten Year Town.'"

At that moment, the native of Shueyville, Iowa, matured into the artist she was supposed to be: a probing, fearless songwriter who is more concerned with the busted and broken way things are than the pretty and polished way things are painted to be.

"Everything is so glossy and so perfect in society," she says, "especially for women, who are getting fillers and changing our face shape. Every single thing is so tweaked to perfection that it's boring. I'm craving something that is raw, real and imperfect."

She addresses all of that in "Ten Year Town," the song that at long last identified Hailey as one of Nashville's elite songwriters and artists. Written with Grammy nominee Brandy Clark, the ballad takes a stark look at what happens when life doesn't work out as planned and how rejection can ultimately lead to empowerment. "I didn't come this far, to only go this far," sings Hailey.

While it's a song of frustration laid bare, Hailey isn't bitter or jaded. Rather, she's encouraged and inspired — "This next song could turn it all around" goes the final verse of "Ten Year Town" — looking ahead to the release of her new album The Dream, a project that she's splitting up into two acts. The first half, titled "The Days," looks at where she came from, while the second part, also called "The Dream," explores where she's going.

"This is the first record that feels 100 percent me. It's a time capsule of my time in Nashville and coming to terms with dreams and what they mean to you," says Hailey, who fully funded the project herself. Along with waiting tables, she sold a guitar and dipped into her savings, money that she had made from touring and stashed away. She also leaned heavily on royalties she received from writing songs for other artists, like Alan Jackson, Martina McBride and Little Big Town, who cut her "Happy People." (Hailey's ebullient version appears on "The Dream.") With money secured, she turned to BMG's Jake Gear to produce the album and Logan Matheny to engineer and mix.

Taken as a whole, The Dream is a collection of 12 tracks, all but two — renditions of Chris Stapleton's "The Devil Always Made Me Think Twice" and Brent Cobb's "Loose Strings" — written by Hailey and a roster of A-list women collaborators including Lori McKenna, Hillary Lindsey, Nicolle Galyon and Brandy Clark. She sings of getting day drunk to medicate a heartbreak in "Red, Wine & Blue"; taps into an Eighties Jackson Browne vibe on the marvelous "Dream, Girl"; and romanticizes her Midwest upbringing in the swooning "Heartland." Elsewhere, she inhabits a tough but secretly vulnerable character in "All the Cool Girls"; laments the worst kind of person to date in "The Faker"; and shares second-hand life lessons in the stunning "Janice at the Hotel Bar," written with McKenna.

"Janice at the Hotel Bar" ties the entire album together, mixing bits of Hailey's family wisdom (her grandmother was a font of advice, like "Have a glass of red a day") with the nuggets of the titular Janice ("Vodka over dessert because sugar goes straight to your hips"), a real-life 80-something woman who preached her worldview to a friend of McKenna's.

"I said to Lori, 'Let's write a song about the things that a mother would tell her daughter as she went through life,'" says Hailey. "I've been dying to have a story song and I love that ours is about a woman speaking to another woman."

Growing up, Hailey often found herself paying attention to influential women — not just in her family, but also on the radio. The Dixie Chicks, Shania Twain, Alanis Morissette, Pink and Gillian Welch all helped shape her songwriting. Instead of superficial party songs, Hailey was compelled to dig deeper, writing about personal yet relatable topics on the guitar she received when she was just 14.

Back then, she too was dreaming of being on the radio, riding around on a tour bus and performing for thousands of fans. But after hitting that "fuck it" point, Hailey's dream changed. Today, she's fulfilled simply by writing songs and lyrics in which everyone can find themselves. She's committed to making country music in the 21st century accessible to all listeners.

"Everyone should have a place in a country song," she says. "I'd like to bring open-mindedness and inclusion to the genre."

Hailey is also committed to restoring a sense of perspective with The Dream, the follow-up to 2015's Black Sheep. "I feel like there's a very shallow amount of life experience right now in country songs. But country music has always been about real life and transparency, and inviting listeners to come in and share these experiences."

In "Living the Dream," the album's last song, she poses a powerful rhetorical question: "Aren't we all down here living the dream?"

"We get so consumed with the next achievement and accomplishment that sometimes you forget that you're living right now. And that's what I want listeners to take away from this album and its two parts," Hailey says. "Be happy where you are in the present moment — because your dreams have to be worth it."

For Hailey Whitters, The Dream is right now. 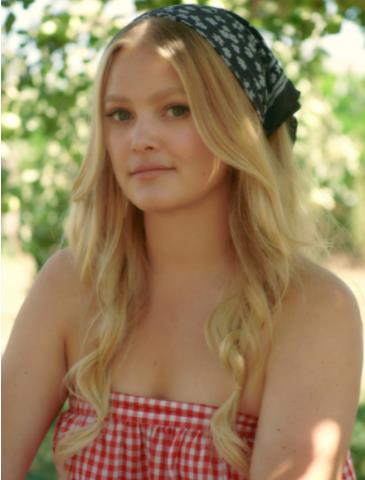