An Evening with Greg Brown

Greg Brown was born in the Hacklebarney section of southeastern Iowa and raised by a family that made words and music a way of life. His seasoned songwriting, storytelling, and music are deeply rooted in that place. He moves
audiences with warmth, humor, a thundering voice and his unpretentious musical vision.

His mother played the electric guitar, his grandfather played the banjo, his grandmother was a poet, and his father was a Pentecostal preacher. Greg’s youth was spread across a map of the Midwest as they moved between churches (and
even denominations), but music was always a staple. Gospel and hymns, classical, hillbilly, early rock and roll, country, and blues coalesced into a simmering stew of sound. Greg studied classical voice and piano as a child and also sang with choirs and in state competitions. At six he took up the pump organ and at twelve he learned the basics of guitar from his mother (who was also an English teacher—so books and poetry were always around the house).

At 18, Greg won a contest to play an opening set for singer Eric Andersen in Iowa City, who then encouraged him to head east. Moving to New York, Greg landed a job at Gerdes Folk City in the Village running hootenannies. Next he tried Portland, Los Angeles and Las Vegas, but after a few years he moved back to Iowa. He recorded a couple of albums on his own (44 & 66 and The Iowa Waltz), then began working on the renowned national radio show A Prairie Home Companion and touring nationally. After Greg teamed up with Bob Feldman in 1983, they rereleased Greg’s first two albums under the name Red House Records -- the beginning of the now legendary folk/roots label that has released nearly all of Greg’s 27 albums.


In 1985 Greg released In the Dark With You, an acoustic classic. In 1986, he set poems of William Blake’s Songs of Innocence and of Experience to music on a critically acclaimed album of the same name. One Big Town (1989) earned Greg his first Indie Award for Adult Contemporary Album of the Year, as well as a rave review in Rolling Stone. Dream Café (1992) was also a huge critical success. The Washington Post called it an “unassuming triumph,” and in the opinion of Z Magazine, it rivaled Bob Dylan’s Blood on the Tracks.

Following Dream Café, Brown recorded Friend of Mine with Bill Morrissey, which earned him his first Grammy nomination, and he also released a children’s album, Bath Tub Blues. 1994’s The Poet Game saw significant national radio play (charting on AAA and topping The Gavin Report’s Americana chart) and earned not only critical raves, but also the Indie award for singer-songwriter Album of the Year. The Live One (1995) proved to be a fan favorite capturing the humor, warmth, insights, and spirit of his legendary live shows. His 1996 release, Further In, topped them all: critics called it a masterpiece and it received a four-star review in Rolling Stone. Greg’s 1997 release — Slant 6 Mind — received more of the same and earned Greg his second Grammy nomination. 1999 brought the re-release of One Night, a live concert recording originally released on the Coffeehouse Extempore label.


Two releases followed in 2000: Over and Under (Trailer Records) and the critically acclaimed Covenant, which won the Association for Independent Music’s award for Best Contemporary Folk Album of 2000. The year 2002 brought two albums – Milk of the Moon and Going Driftless: An Artist’s Tribute to Greg Brown. The latter, features some of today’s best female songwriters including Lucinda Williams, Ani DiFranco, Iris Dement, Gillian Welch, Mary Chapin Carpenter, Greg Brown’s three daughters and more. These artists joined forces to record a beautiful tribute album — each selecting their own favorite song by Brown to cover for a special CD benefiting The Breast Cancer Fund. In September of 2003, Greg released If I Had Known – Essential Recordings, 1980-1996 (Red House), a retrospective w/DVD highlighting the body of Greg’s work through 1996. Honey in the Lions Head, was released shortly thereafter (Trailer Records) and is an album of folk standards from the public domain. Also in 2004, he released In the Hills of California: Live From the Kate Wolf Festival 1997-2003, a collection of live performances recorded at the Kate Wolf Memorial Music Festival featuring guest appearances by Nina Gerber, Shawn Colvin, Garnet Rogers, Dave Moore and others.

In 2006, Greg released The Evening Call, his first new studio album in over four years, which charted high on Americana and folk radio, earned him five stars in Mojo and garnered rave reviews in No Depression, Acoustic Guitar and The Washington Post. Greg’s new collection Dream City: Essential Recordings Vol 2, 1997-2006 features some of these new Americana classics along with other fan favorites from his last six studio albums and some previously unreleased material and live tracks.

Greg continues to tour across North America and Europe, playing theaters, festivals and benefit concerts. When not on the road, he lives with wife Iris DeMent in Iowa City and spends time with his children and grandson. 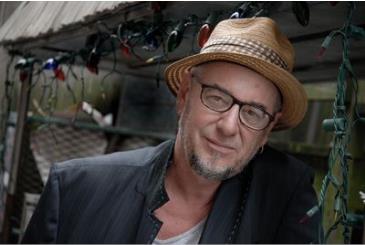