Country music trailblazer, Granger Smith, is the flagship artist on BBR Music Group’s imprint, WheelhouseRecords. With sold-out national tours, a socialmedia following of more than 6.5 million, and YouTube views exceeding 100 million, Granger Smith has amassed a rabid audience, while building a truly groundbreaking career.Granger’s current album, Remington, released March 2016 via Wheelhouse Records, claimed the No. 1 spot on the iTunes country album chart on release day and garnered him the No. 1 debut for first week sales via NielsonSoundscan (3/14). The album,produced by Granger Smith and FrankRogers, features the hit single “Backroad Song,”which landed the No. 1 spotat country radio (Billboard Country Airplay, Mediabase and Music Rowcharts). Grangeralso  received a BMI CountryAward for writing, producing, publishing (Climbing Windmills) and performing “Backroad Song.” The follow up smash, “If The Boot Fits,”reached the Top 5.

Granger was nominated in the Best New Country Artist category for the 2017 iHeartRadio Awardstaking place from the Forum in Los Angeles on March 5, 2017. Granger was also includedin the 2017 cropof artists honored toperform at the CRS “New Faces” show in Nashvillein February 2017. Itwas just announcedthat Granger will goon tour with LukeBryan on the “Huntin’, Fishin’, And Lovin’ Every Day Tourthis fall.

Granger’s “YEE YEE NATION” headlining national tour has consistently sold out and broken attendance records and merchandise records at nearly every venue over the past two and a half years. He performs at some of thecountry’s biggest festivals throughout the year andwas recently ontour with both Florida Georgia Line andLuke Bryan.

Granger’s comical country boy alter-ego, Earl Dibbles Jr.,has its own fanaticalfollowing and garnered him a weekly segment called “Dip ‘Em and Pick ‘Em” on CBS Sports Network’s “Inside College Football,” in which he has appeared for the past four seasons. Grangerhas even been recognized by Variety for being the brainchild behind Earl Dibbles Jr. (among other character alter-egos including Donny Cowboyand Live with Lionel) and named one of their annual and lauded“10 Comics to Watch for 2016.”

Accolades continue to pour in for the fast-rising star. Granger has been lauded by outlets like New York Times, Variety, Forbes, MusicRow,Rolling Stone,Billboard, Huffington Post, Taste of Country, RareCountry, among many others. He hasalso appeared on Jimmy Kimmel Live!, the Today Show and Fox & Friends. 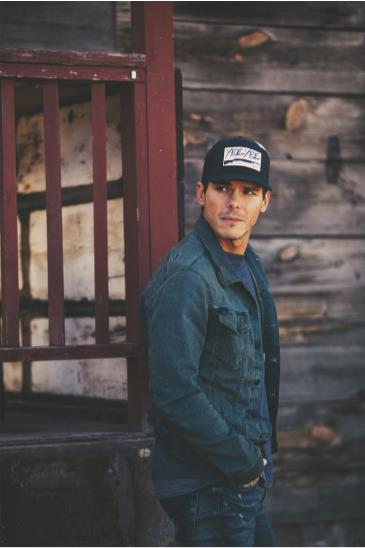