Over the course of his groundbreaking career, Granger Smith has amassed a massive

grassroots fan engagement. He now has a social media following of nearly 7 million

and over a quarter of a BILLION online video views. Flagship artist on BBR Music Group's

Wheelhouse Records, Smith broke onto the national scene with Remington, an album

that garnered him the No. 1 smash "Backroad Song." Smith was also awarded a BMI

and followed it with the Top 5 hit, "If The Boot Fits." “Backroad Song” was one of the

certied RIAA PLATINUM. He was nominated as Best New Country Artist for the 2017

Win on October 27, which has spawned the Top 15 hit “Happens Like That” and current

If You’re Country, which immediately hit No. 1 on Amazon best-selling lists upon its 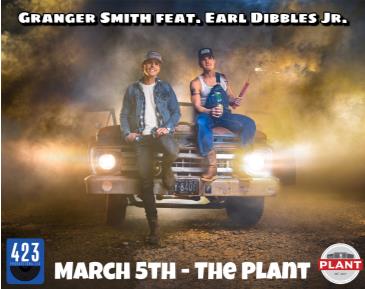